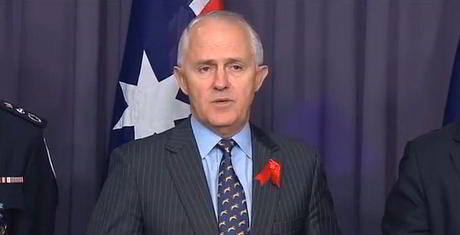 Strong and positive industry responses to the government’s National Innovation and Science Agenda (NISA) have underscored the latent demand for formal government policy capable of fostering new enthusiasm for investment and stimulating the creation of what Prime Minister Malcolm Turnbull is referring to as the “ideas boom”.

Announced this week, the key allotments in the NISA program will see significant investment in innovation-related programs, largely through incentives for businesses such as $106m in capital gains tax exemptions for early “angel” investors in start-up businesses.

Some $75m has been allocated to Data 61, the research arm of the CSIRO, while $30m was allocated to the creation of a Cyber Security Growth Centre for commercialisation of cybersecurity-related business opportunities.

Industry reaction was swift and enthusiastic, not the least because the policy represents a U-turn from Abbott government cutbacks that had left Australia’s research capability in question and had been criticised for lack of long-term vision. By contrast, the new policy will help focus efforts on fostering curiosity and modernisation of legacy systems.

Australian Information Industry Association (AIIA) CEO Suzanne Campbell was effusive in her praise for the new policy, noting not only that the policy “delivers world-class policies for supporting entrepreneurialism” and delivers on key policy areas “where the AIIA has been agitating for change”.

“The federal government has listened to industry and its feedback on how we take our homegrown research, ideas and expertise and turn them into the businesses and jobs of the future... It’s now up to industry to find the opportunities in the agenda. Businesses of all sizes have their best ever opportunity to embrace innovation.”

Microsoft Australia Managing Director Pip Marlow said she was “thrilled to see the real contest of ideas” set out in the NISA policy, highlighting the confluence of government vision, mobility, culture, place and skills and noting that “a comprehensive suite of measures will be required if we are going to be able to compete with innovation leaders like the US, Israel, the UK and Singapore”.

The NISA’s broadbrush approach seeks to plant the seeds of innovation through initiatives such as teaching programming skills to students as early as Year 5, and encompasses both private and public-sector initiatives, as well as encouraging collaboration between the two.

Salesforce Regional Vice President for Innovation & Digital Transformation Robert Rickham said that the new policy was a “bold initiative” but warned about the importance of fostering cultural change to help the country capitalise on the opportunities the NISA will provide.

“The national shift away from ‘fear of failure’ to a ‘spirit of innovation’ will require significant changes in behaviour and mindset,” he said in a statement. “This requires time, perseverance and ongoing investment by all parts of the industry... For the 'Ideas Boom' to become a tangible and sustainable reality of Australia's economic future, all parts of the industry must get their skin in the game and embrace this for the long haul.”

SAP ANZ President and Managing Director John Ruthven welcomed the NISA’s “pragmatic measures” and highlighted the value it offers in helping address Australia’s yawning ICT skills shortage — referred to as a “serious problem” in a recent Deloitte report that found Australia’s ICT industry would be lagging by nearly 100,000 people over the next five years.

Companies like SAP would also play a role in addressing this issue, Ruthven said in his statement: “It’s not just the start-up community that should be encouraged by the important measures proposed... Stronger collaboration between business, research, academia and government is essential. This collaboration will ensure we develop the talent to inspire the ideas, and the partnerships to commercialise them.”

Such partnerships have recently emerged in efforts such as a Commonwealth Bank of Australia investment of $10m to support the creation of the world’s first silicon-based quantum computer in Sydney and a Lockheed Martin-Saab-Thales submarine combat systems laboratory opened in Adelaide in late November.

The Community and Public Sector Union has urged the government to address the policies leading to...

Aston University visiting professor and GVE CEO Koji Fusa has proposed a method for the secure...

ACCF appoints new director to board

5G partnership between Signify and BAI

Energy planning for the homes of the future

Time to rethink our approach to using cannulas

Automation can lead to better patient outcomes in health care

How to address the wellbeing crisis affecting healthcare workers

What technologies can help achieve best practice in hospital kitchens?