Netbooks save the day 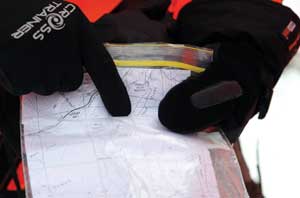 The NSW Emergency Service needed new laptops, but also needed to meet a mandate for IT savings and efficiency. Simon Sharwood learns how netbook computers and a homespun deployment process helped the organisation cut costs and boost performance

Implementing a standard operating environment (SOE) for a fleet of brand new PCs evokes images of dozens of operating systems hurtling across out over high-powered networks, despatched by cunning software capable of orchestrating myriad hard disks so they hum in happy unison. Administrators smile as the rollout takes place, safe in the knowledge that every machine they encounter from now on will be identical.

At the NSW State Emergency Service (NSW SES), SOE is firmly in place and doing everything that administrators want in terms of providing easy maintenance thanks to a uniform PC fleet. But the organisation achieved this outcome using rather less sophisticated means than one might imagine.

“We set up an aisle in our state warehouse with a number of tables,” explains Andrew Edwards, Chief Information Officer (CIO) at NSW SES.

“We put the PCs down at certain points on the table and de-boxed them, and started imaging. While one lot was imaging, we de-boxed the next lot. It was pretty easy to do.”

The laptops Edwards and his team were imaging were actually netbooks and were destined to replace ageing computers used by SES volunteers, who are given laptop computers to enable them to complete administrative chores.

“If our senior volunteers are doing some work at home they can get it done in their own time,” Edwards says. “It’s also about reward and recognition and saying ‘Thanks for your service to the organisation, here is a piece of technology that will hopefully make your life easier.’”

The computers do so thanks to the presence some of the SES’ bespoke emergency response applications, plus secure access to a web-based SharePoint implementation. The machines aren’t expected to be taken to emergencies – the SES is considering tablet and in-vehicle computers for that role – but may be carried by volunteers so they can stay in touch with the service.

Edwards and his team selected the netbooks for a variety of reasons.

“We were looking for efficiency and savings,” he recalls, with NSW’s Better Value and Services Taskforce one spur, and internal requests to find efficiencies in the IT department another. These twin calls for savings came as the SES’ fleet of volunteer laptops reached end-of-life.

Edwards’s thoughts quickly turned to netbooks, as he knew that they are often considerably cheaper than larger laptops. He also considered the State’s Department of Education, which is rolling out hundreds of thousands of netbooks, and clearly felt the devices were sufficiently robust to survive high school students, a tougher user population than SES volunteers. Perhaps, Edwards wondered, that department might also be able to share its experience of deploying and maintaining netbooks.

The small PCs also appealed as a potentially better fit for SES volunteers.

“Based on form factor alone, netbooks could let us meet a couple of objectives,” Edwards says. “They are smaller and lighter, which could make them easier to travel with for volunteers.”

But netbooks are also smaller, with smaller keyboards that make typing a little challenging.

“We were conscious of that,” Edwards recalled. “We undertook a fair bit of consultation about it and talked to a senior group of volunteers” to get their feedback.

One issue that volunteers raised was the lack of optical drives on the netbooks, and Edwards solved that by offering a USB-connected DVD drive.

With that consultation complete, Edwards and Network Engineer Dave Garello decided to acquire HP netbooks, partly because the model on offer appealed thanks to slight ruggedisation and also due to a long association with the vendor. The two then set to work on the SOE, which is based on Windows 7 and Office 2010.

“We used Norton Ghost to make the SOE image and because we did not have any room to do the job in the office, we went to the warehouse,” Garello says. At that site, the team set up a DHCP server to distribute the images, and got to work deboxing, imaging, and reboxing.

Once complete, the netbooks were then handed over to volunteers at a conference. “As people registered, we asked them to hand in the old laptop and we handed over the new one.” During the two days of the conference, training was conducted to ensure volunteers could use the new machines.

The new netbooks are equipped with inbuilt 3G modems, a feature that allows the SES’ volunteers to share a mobile broadband account with a combined 300 gigabyte monthly download allowance.

“We control the network layer so it is more secure,” Garello explains.

He can also monitor traffic as a security precaution and also to ensure that volunteers don’t take advantage of their free connectivity for unauthorised activities. “To be brutally honest, you always have a few silly people who do a few silly things. A couple of very strong examples killed that: you can be a volunteer but we can still sack you.”