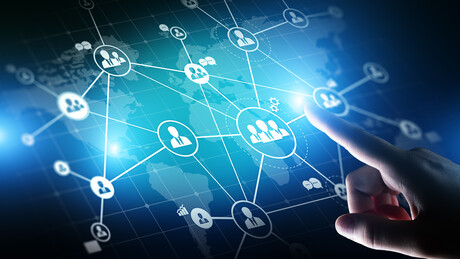 The Community and Public Sector Union (CPSU) has urged the federal government to address policies the union says are contributing to a rising trend of outsourced labour and job insecurity that is inhibiting the APS’s ability to perform its roles.

In its central submission to the inquiry into the current capability of the APS, the CPSU argued that years of cutbacks and policies designed to give the impression of smaller government has led to contract and outsourced labour performing core APS functions.

According to the submission, since December 2013 the Coalition government has cut over 12,000 jobs from the public service. By the union’s conservative estimate there are at least 30,000 people employed across federal government in insecure arrangements.

“This loss of experience, as well as short-term employment, restrictive industrial arrangements, and ICT constantly subjected to under-investment, have together caused enormous problems for the capability of the APS, and its ability to face today’s challenges and prepare for what comes next,” the submission states.

The CPSU was particularly critical of the Average Staffing Level cap introduced in the 2015–16 Budget, which sets an absolute limit on the number of people who can be employed in Commonwealth Government agencies, regardless of how much work is required or how much money is spent on labour.

The CPSU estimates that since 2015, this cap has resulted in more than $7.7 billion being diverted from public services to private hands and “thousands and thousands” of workers being shunted into insecure work.

The ICT function has been particularly impacted, the submission argues. A survey of 6000 union members found that 84% reported that their agency is using labour hire. The most common roles being filled are service delivery (76.1%) followed by ICT and digital (55.1%).

Meanwhile, an analysis of temporary service contracts listed on AusTender found that since July 2015, nearly 32,000 separate contracts were registered across 91 departments.

Despite claims from the government, the submission also argues that labour hire is being used for core public sector work, is costing agencies more than APS employment and is negatively impacting APS capability.

The submission urges the government to work to re-build in-house ICT capability among agencies, arguing that decades of outsourcing and contracting out has left the APS overly reliant on these external resources.

CPSU is calling for a genuine commitment to substantial ongoing investment in ICT systems, staff skills and a properly funded ICT workforce plan.

Externally contracted ICT work and workers should also be returned to the APS, the government should abandon the “outsource first mentality”, and the government should commit to providing the level of funding needed to transform the APS into an employer of choice for ICT and digital workers, the submission adds.

More broadly, CPSU is calling for the ASL cap to be abolished to enable agencies to employ additional permanent staff, and for the government to implement a service-wide policy of paying externally engaged staff the same rates as APS staff doing the same work.