Technology shaped outcome of US election 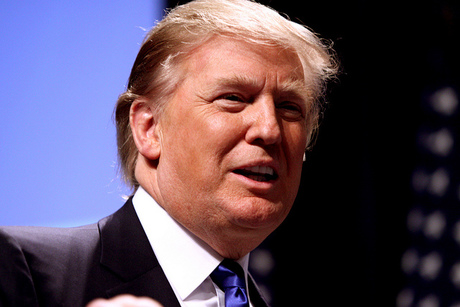 Defying all projections, US Republican party nominee Donald Trump has swept into the White House after winning Tuesday’s presidential election. Technology played a unique role in the outcome of the tumultuous election.

Rival Hillary Clinton’s prospects were unquestionably harmed by the disclosure of leaked insider communications exposed on WikiLeaks, as well as the hacked emails from the Democratic National Committee and Clinton’s campaign chair, John Podesta.

Those leaks revealed that DNC party officials had provided favourable treatment to Clinton over dark-horse candidate Bernie Sanders during the Democratic primaries and even coordinated anti-Sanders messaging.

Centrify senior director of products and marketing Corey Williams said the leaked documents contained multiple revelations that potentially reinforced the perception of Clinton as the establishment candidate, which put her at odds with the anti-establishment and anti-elitist sentiment that drove Trump’s victory.

“There’s little debate that this election will be described as a referendum on the status quo. This status quo image began to be shaped and hardened as a direct result of the leaked insider communications,” he said.

The Podesta hack could have been avoided with a simple two-factor authentication security protocol, Williams said.

“It looks likely that Podesta fell victim to a typical phishing scheme, compromising his email and Twitter accounts. If that is the case, this embarrassing event could have been easily avoided with the common-sense use of two-factor authentication.”

He said a lack of basic security hygiene could itself have contributed to the perception of Clinton as a Washington insider. This would only have been compounded by the scandal involving Clinton’s unsecured email server.

Another technology-related factor that may have contributed to the surprise upset was the Trump campaign’s clever use of data and social media.

Trump’s team contracted British company Cambridge Analytica for the campaign, which uses around 4000 data points on 230 million US adults to seek to build a behavioural profiles.

“There are many parallels to business where half of the Fortune 500 in [the] year 2000 no longer exist today. It shows how vital it is to use data to create a point of difference to your competition,” Smith said.

He said Trump’s campaign serves as a perfect case study in understanding and persuading a target market.

“Context, timeliness and relevance are key to differentiating customer experience. It is about getting the right information, at right time, through right medium,” he said.

“Those who understand all three elements triumph in eras of disruption. As CNN reported late October, this combination helped FDR become the first ‘radio’ president; JFK emerged as the first ‘television’ president. Barack Obama broke through as the first ‘internet’ president, and finally Donald Trump is on his way to becoming the first ‘social media’ and ‘reality TV’ president.”