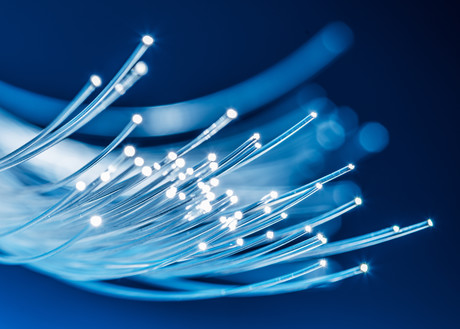 The NT Government is set to invest $7.9 million in a fibre-optic network upgrade, which will see speeds reach 20 Tbps.

The Northern Territory Government is set to invest $7.9 million in a fibre-optic network upgrade, designed to boost internet speeds and attract new business to the region.

The 400-gigabit to 20-terabit upgrade will be delivered in partnership with Australian telecommunications company Vocus, and will cover Darwin, Katherine, Tennant Creek and Alice Springs. Vocus — which is injecting $10 million into the project — will also replace the territory’s 10 Gbps connections to Adelaide and Queensland with its “cutting-edge” 200 Gbps technology, Vocus said.

“Building the ‘Terabit Territory’ will bring the NT in line with telecommunications infrastructure Australia-wide, meaning the Territory will no longer be a laggard when it comes to digital technology,” the government said in a statement.

In addition, Vocus will install a submarine fibre-optic link between Darwin and Singapore — providing the territory’s first direct international data and telecommunications connection.

“This will be a game-changer for the Territory, positioning us as Asia’s tech-gateway to Australia, attracting new industries like data centres and encouraging global tech giants to set up shop in the NT,” the government said.

Vocus Group Managing Director and CEO Kevin Russel agrees, believing the infrastructure will “open up the market by providing more competitive pricing to major metropolitan areas — and position Darwin as a market for new technologies such as edge data centres and hyperscale cloud facilities”.

The infrastructure is also expected to add redundancy to Vocus’s existing network connecting Perth to Singapore via Indonesia.

The investment follows Queensland’s recent submarine cable connection to Asia, which is expected to generate more than 800 jobs and nearly $1 billion in economic value for the state, according to the NT Government.

“We are building job-creating infrastructure, we are putting local businesses and local workers first, and we are investing in the permanent jobs of the future, so our towns are full and work is flowing,” NT Chief Minister Michael Gunner said.

Vocus, which has already undertaken works in the NT with its 46 km undersea fibre-optic cable to the Tiwi Islands, has an “excellent track record for using local contractors” and is expected to “look to Territory businesses for civil, electrical, welding, haulage and machining work”, the government said.

The government hopes this move will help thrust the NT to the front of the pack when it comes to creating jobs in the “fast-growing digital economy”.

“Sydney is currently the telecommunications capital of Australia” and winning the jobs race, but “the Territory is situated much closer to the investment and job opportunities coming from South-East Asia, and with an upgraded fibre-optic network, we can win the jobs of the future”, Gunner and the government said, respectively.

In the future, the NT also plans to connect the Darwin–Indonesia–Singapore fibre link to the United States, the government said on its ‘Terabit Territory’ page.

Terrestrial upgrades are due for completion by mid-2021 while the submarine Singapore link should be operational by the end of 2022.