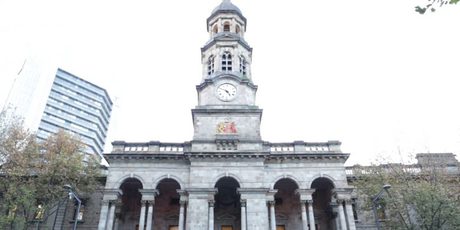 Adelaide City Council has improved productivity and citizen engagement by streaming its council meetings over the internet.

“If we chat about being a smart city, that’s about a city that embraces technology,” he said. “That means using technology cleverly to improve not only our infrastructure, but also our communications.”

The decision is paying off, with the average council meeting viewed by up to 130 people, with one attracting 500 viewers. The council meeting room’s public viewing gallery can only hold 50 people, which means citizen engagement has been significantly improved.

“What’s really important for us from a political perspective is to reach out to as many people as we can,” Central Ward Councillor Houssam Abiad said.

“How do we go out to the community without having to leave town hall? We need to do that because, to some degree, we have seen over the last decade that fewer and fewer people are engaged in local government.”

In addition, committee members are now able to attend meetings without being physically present, and employees who may need to be called on to give their input can continue working and wait to be called on their device.

Skype Meeting Broadcast was up and running within two days, and the council moved from the test phase to production use within two weeks.

Adelaide City Council became the first democratically elected government of any kind in Australia in 1840.

A global government collaboration that includes Australia will ensure future AI applications do...

US CIO Council releases guide for federal IT workforce

The guide explores the demands and risks of working in a rapidly evolving technology and threat...