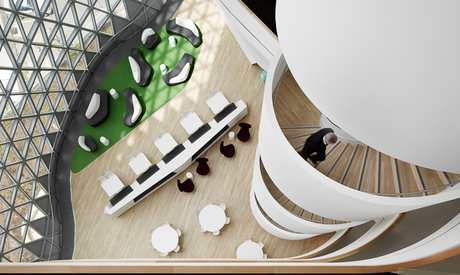 Adelaide has taken the next step towards becoming Australia’s first Gig City.

The South Australian Government has signed up with smart city initiator and internet application development organisation US Ignite.

The agreement will not only help establish Adelaide as a Gig City, but also help the capital of South Australia achieve its goals of becoming a smart city and carbon neutral.

Joining the Smart Gigabit Communities Program will connect South Australian businesses and research organisations with other US Ignite cities, including Chattanooga and Charlotte, both of which have transformed their communities through building ultrafast broadband applications.

The agreement makes Adelaide the first city outside of the United States to become a US Ignite partner.

US Ignite fosters the development of next-generation internet applications with transformative public benefits for the education, energy, transportation, health and manufacturing industries.

South Australian Science and Information Economy Minister Kyam Maher said membership would position Adelaide as the most connected city in the Southern Hemisphere.

“South Australia will develop and share cutting-edge applications with other US Ignite communities,” he said.

“This has the potential to deliver important advances in areas such as health care, education, public safety and other priority areas using advanced internet applications that are not yet available on today’s commercial internet.”

The rollout will use an existing SABRENet optical fibre network to connect specific technology parks, such as Tonsley, and the state’s Health and Biomedical Precinct.

The network will also be connected in co-working spaces in the CBD of Adelaide, such as the St. Paul’s Creative Centre and Hub Adelaide.

Having ultrafast internet also enables Adelaide to move closer to achieving its aspirations of becoming the world’s first carbon neutral city by 2025.

He said data was the currency of the 21st century and gigabit internet speeds would attract more entrepreneurs, start-ups and large corporates.

“We’ve launched a four-year strategic plan to look at a range of measures including reviewing our own fleets, procurement practices, leading by example over the installation of solar PV over more of our buildings,” he said.

“Point one in that strategic plan is to become a smart city. This relationship between data speed, the environment and automation to some degree is converging.”

The Gig City initiative is part of the state government’s investment of almost AU$80 million to accelerate South Australia’s transformation from a traditional manufacturing and agricultural base to a modern and innovative economy.

The package of measures will also fund early commercialisation, a local venture capital fund and support for the University of South Australia’s Future Industries Institute.

Image courtesy of The Lead.