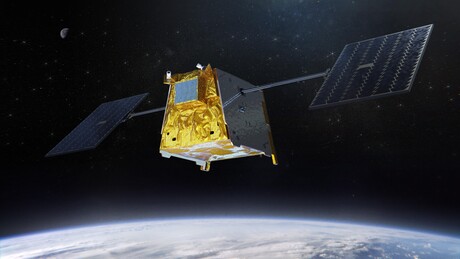 Airbus Defence and Space, together with the Government of South Australia, has announced its plans to establish an assembly and integration presence at Australian Space Park in Adelaide — a bespoke facility to drive Australian space industry manufacturing capability and capacity.

Airbus Defence and Space’s involvement in the Australian Space Park will deliver a platform for industry to scale its satellite manufacturing capabilities, further supporting Airbus’s commitment to the Australian Industry Capability (AIC) program. The commitment also makes Airbus the only Prime contractor to invest in, and engage with, Australia’s space sector so directly and collaboratively.

Beyond establishing a platform, Airbus brings a wealth of experience, expertise and knowledge that, through the facility, will be transferred to local SMEs to strengthen Australia’s sovereign space capability.

“As the burgeoning hub for Australia’s space manufacturing industry, South Australia is the natural choice for Airbus to establish a dedicated satellite assembly and integration presence. Our vision is to invest in a national asset to support the Australian Government’s wider strategic aspiration to build a sustainable space industry. We look forward to working closely with the Government of South Australia and industry to help lead this vision,” said Richard Franklin, Managing Director of Airbus Defence and Space UK.

South Australia Premier Peter Malinauskas said the move will provide ongoing potential for local businesses and cement the region as a prominent player in a highly complex and beneficial industry sector.

“Securing a global name like Airbus in South Australia is a significant coup for our growing space sector. Airbus’s involvement in the Australian Space Park will open a pipeline of opportunities for local manufacturers. The space industry offers huge potential for South Australia; as we attract more and more companies to our state we will continue to be at the forefront of supporting sovereign space capability which will enable the development, integration, assembly and testing of space hardware.”

The economic benefits to Australia are significant, according to Minister for Trade and Investment Nick Champion.

“The Australian Space Park will help to support the national aim to triple space’s contribution to gross domestic product to $12 billion by 2030. Having this company based here, assembling satellites of this size will be a huge step in terms of scale and sophistication of satellites being assembled in Australia,” he said.