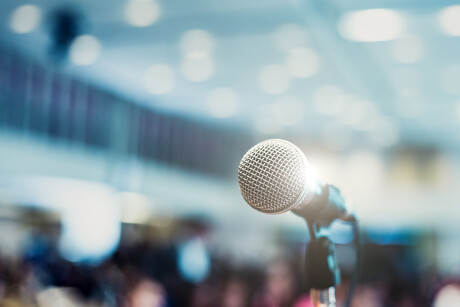 The Pearcey Foundation has announced that this year’s Pearcey Oration will be given by Jeremy Hirschhorn, Second Commissioner for the Australian Taxation Office. Hirschhorn will speak about digital transformation at the Victorian Government’s DIF2021 Festival on Wednesday, 1 September 2021, providing insights into how the ATO leveraged a decade of digital infrastructure investment for the advanced implementation of digital government services. That enabled Australia’s rapid COVID-19 response, supporting the introduction of national financial assistance programs including JobSeeker, JobKeeper and cash flow boosts for small-to-medium businesses.

Addressing topics including automation, ethical use of data and an adaptive public infrastructure, this year’s Oration will continue the debate on how Australia can improve its international competitiveness and extract more value from its digital resources and innovation. Wayne Fitzsimmons, Chair of the Pearcey Foundation, noted that the ATOP has played a central role for many years in the Australian Government’s digital transformation and service delivery innovation, which has been critical over the past 18 months. Fitzsimmons added that the past 18 months have emphasised the role that information technology and digital infrastructure play in the adaptability and responsiveness of the public and private sector to a rapidly changing world.

“The Pearcey Foundation is delighted to have the ATO, and Jeremy in particular, presenting this year’s Oration, emphasising the importance of digital innovation and technology to Australia’s economy and public life — something that the Pearcey Foundation has been championing for more than two decades,” Fitzsimmons said.

First delivered in 2008, the Pearcey Oration is presented each year by an eminent expert reflecting on critical contemporary issues impacting the nation, arising from the introduction and adoption of new and advanced technologies into society. Past Orations have included those given by Roger Taylor, Robyn Williams AO, Dr Amanda Caples, Paul Shetler and John Blackburn AO.

The Pearcey Oration will also feature the announcement and presentation of the 2021 Victorian Entrepreneur of the Year, which has been awarded annually since 1999. The award is presented to an outstanding individual or individuals who have taken a risk and made a difference, and is an inspiration to others in the Victorian ICT industry. Last year’s recipient was founder and CEO of Blackmagic Design, Grant Petty. Nominees are drawn from public submissions, recommendations from past award recipients and candidates sourced by the Foundation. The Victorian Awards are part of a series of annual state awards, culminating in the Pearcey Foundation National Awards, held towards the end of 2021.