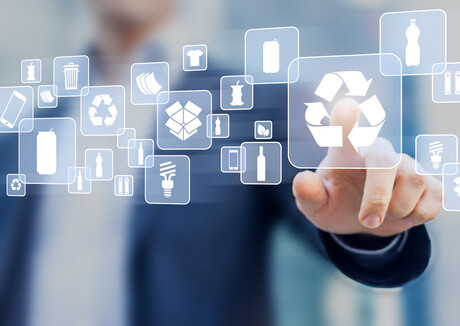 The City of Canterbury Bankstown has been recognised as one of Australia and New Zealand’s most innovative companies for its work in waste management systems, in an annual list published by the Australian Financial Review and Boss Magazine. Canterbury Bankstown Mayor Khal Asfour said the council was honoured to have been recognised in the Government, Education and Not for Profit list and the Best Internal Innovation award.

“This is an incredible achievement and really shines a light on the amazing things Council is doing for the betterment of our community. The City of Canterbury Bankstown is truly a leader in innovation and this win only makes us hungrier to keep stepping out of the box and try new things. After the year we have had, this is a bittersweet victory for all the residents of our City,” Mayor Asfour said.

Council was recognised for its award-winning Closing the Loop on Waste program, which transformed waste operations through the use of custom artificial intelligence. Council’s Digital Innovation Program Manager, Petrhyce Donovan, said the program gave staff access to vital real-time data, helping them to more closely examine the contents of residents’ bins and increasing visibility of recycling contaminants by 74%.

“Even better, it now takes just 14 days to check all bins across the City — that is 130 times faster than the old process. From taking five years, to just two weeks, this AI-led solution has meant that staff who were wandering the streets at 5 am in the dark to check bins, can now spend their time engaging with and educating residents in more meaningful ways,” Donovan said.

Matthew Stewart, General Manager of CBCity, thanked the Australian Financial Review for recognising the more than 1500 council staff whose hard work had been instrumental in making Canterbury Bankstown one of Australia’s most innovative companies.

The NSW Government has developed a new framework for ensuring AI tools in government are safe,...

Dell has won one of its largest contracts in Australia to date — a deal to supply equipment...