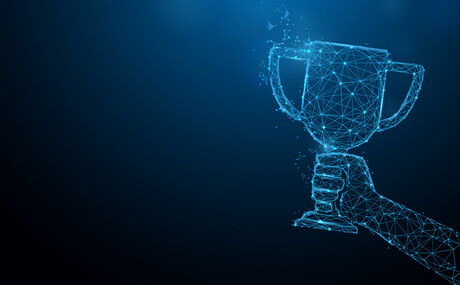 The company secured the award based on its new capabilities covering counter-drone protection, radar, sensor fusion and AI.

DroneShield is using these technologies to create advanced defence systems that can identify drones by their make and model, determine if they are armed, and knock them out of the sky if necessary to protect airports, civilian population centres and military facilities.

The company already has customers in more than 120 countries, including the Australian Army and the US Department of Homeland Security. DroneShield launched in 2014.

DroneShield CEO Oleg Vomik said the company was thrilled to have won this year’s award.

“We’d like to take this chance to thank the federal and NSW governments for their continued support which has allowed us to rapidly expand our operations around the globe,” he said.

“We’re thrilled to be a growing STEM employer who has some of the nation’s brightest minds on our team working together to keep the public safe.”

The annual Australian Export Awards are presented by the Australian Trade and Investment Commission (Austrade) and the Australian Chamber of Commerce and Industry (ACCI), in collaboration with the states and territories.