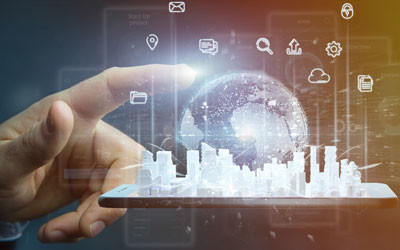 Global spending on smart city initiatives is set to reach nearly $124 billion this year as governments try to keep pace with and take advantage of new technologies, according to the International Data Corporation (IDC).

The figure represents an 18.9% increase over 2019, with more than one-third of spending related to energy and infrastructure, such as smart grids. Data-driven public safety and intelligent transportation were also high-priority areas, capturing 18% and 14% of overall spending respectively.

Electricity and gas smart grids will “still attract the largest share of investments, although their relative importance will decrease over time as the market matures and other use cases become more mainstream”, IDC said in a statement.

Singapore will remain the top investor for smart cities initiatives, followed by 2020 Olympics host Tokyo, New York and London, with each tipped to spend more than $1 billion this year.

Of the 207 cities surveyed for IDC’s Worldwide Smart Cities Spending Guide, however, fewer than 80 are investing over $100 million per year and most are spending $1 million or less.

The Victorian Government has invested $10m in a new 'skills hub' designed to support...

Nominations are now open for the 2020 Smart Cities & Communities Awards, presented by the...