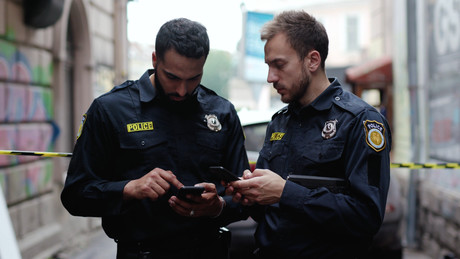 The New South Wales Police Force has renewed its partnership with global tech firm IDEMIA in a bid to maintain the strength and speed of its criminal identification system.

Through the six-year deal, NSW Police will continue its usage of the Livescan product — an ‘augmented identity’ technology which stores biometric data about criminals and suspects.

The product complements officer workflows, enabling them to make rapid decisions in high-pressure environments. Data such as a person’s iris, voice and palm print may be captured and made readily available to officers for fast recognition of criminals.

The technology debuted with the NSW Police more than 20 years ago and has since revolutionised law enforcement operations throughout the state. It has been deployed at 142 police stations, servicing 7.5 million citizens.

Tim Ferris, Asia Pacific President and Senior Vice President for Public Security and Identity at IDEMIA, said, “This contract strengthens a long-term partnership that we have had with the New South Wales Police Force for over two decades.

“This collaboration proves IDEMIA’s capacity to provide critical support and maintenance when it comes to integrating multiple biometrics technology to increase national security and support efficient police services. It is a great honour to be supporting the biggest police organisation in Australia.”