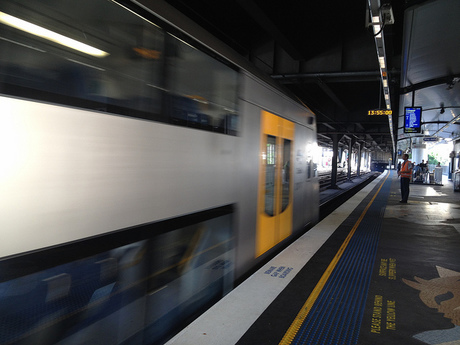 NSW plans to conduct a trial of on-demand public transport services by the end of next year as part of an ambitious new plan to eliminate the timetable.

The NSW Government is seeking expressions of interest from industry seeking to run the trial, which will cover buses, trains, trams and ferries.

Data including typical travel habits, weather and special events will all be used to create public transport planning changes in real time.

NSW Transport and Infrastructure Minister Andrew Constance said the trial is aimed at bringing public transport into the on-demand world of the 21st century.

“We have Netflix, Stan and Foxtel to give us movies on demand — so why can’t we have our public transport respond to where people are and what they want? Imagine a NSW where you don’t need to check the timetable because the right numbers of trains, buses or ferries arrive when and where they need to. This future is not far off if we are quick off the mark today,” he said.

“I want to see the end of timetables, and a network that can cut down on travel delays by automatically putting on extra trains in wet weather or extra buses from a footy team’s home suburbs to away games.”

Industry representatives responding to the expression of interest have been encouraged to develop their own innovations.

Transport for NSW has meanwhile announced plans to next month introduce a service to send commuters personalised Twitter messages to inform them of any disruptions in their planned journey.

Consumers will be able to choose suburban or intercity train services to receive alerts about, filtering out any irrelevant alerts.

The trial will run for three months. If successful, Transport for NSW plans to extend the service for buses, ferries and light rail.

These initiatives form part of the NSW Government’s new Future Transport Roadmap, which will also include extending the Opal public transport payment card’s functionality to cover all transport-related costs, including potentially road tolls and taxis.

A new Smart Innovation Centre will be established to explore new road safety technology, as well as developing and trialling connected and autonomous vehicles. The government will also explore developing advanced analytics and AI capabilities to manage road and public transport networks.