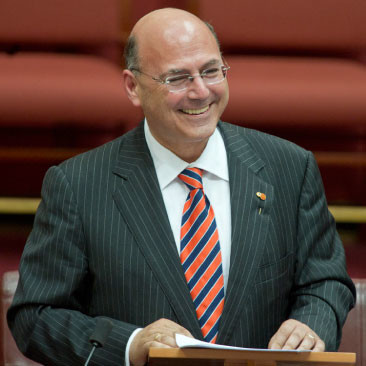 Senator Arthur Sinodinos has been appointed to replace Greg Hunt as Minister for Industry, Innovation and Science as part of a cabinet reshuffle.

Former cabinet secretary Sinodinos will become the third member of parliament to take the role of innovation minister under the Turnbull government.

During his long political career, Sinodinos has served in roles including chief of staff to former prime minister John Howard.

“This portfolio is critical to generating the jobs of the future and Senator Sinodinos’s extensive public policy experience over many, many years gives him a strong understanding of the key drivers of new sources of economic growth,” he said.

“[He also has insight into] how government can ensure that its policies deliver the innovation, the investment, the technology that will secure the future for our children and grandchildren.”

Sinodinos said that in this role he will be taking an approach based on collaboration and staying reflexive to broader macroeconomic developments.

“Collaboration is a fundamental part of the Turnbull Government’s National Innovation and Science Agenda and will be important to my approach to industry policy more generally,” he said.

“Industry policies and programs do not operate in a vacuum and should always link with macroeconomic, competition, regulatory, employment, trade and investment policies.”

Greg Hunt has meanwhile assumed the roles of Minister for Health and Minister for Sport. Sinodinos had been serving as acting health minister since last week, after Sussan Ley quit amid an ongoing expenses scandal surrounding investigations into her travel expenses.

Hunt had been in the role of innovation minister for just over six months, having taken over from Christopher Pyne following the 2016 election.

A collaboration between private and public sectors, along with researchers from Flinders...

A new report suggests Australia is well placed to develop a synthetic biology industry worth $27...