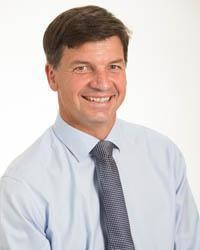 The government is establishing a reference panel for its City Deals initiative and a monitoring framework to measure the performance of such initiatives, according to Assistant Minister for Cities and Digital Transformation Angus Taylor.

In a speech at the Smart Cities and Infrastructure Conference last month, Taylor detailed the government’s smart city initiatives, including its City Deals concept.

Taylor said the government completed its first City Deal project in Townsville late last year and has embarked on two others in Launceston and Western Sydney.

City deals are essentially about aligning federal, state and local governments along with private sector and other organisations with joint plans for that city or suburban area, he said. Too often the three levels of government are not aligned, which can result in the wrong decisions being made or cause unnecessary delays in the decision-making process.

“If I think about what we’re really doing here, we are speeding up the metabolic rate, if you like, of our decision-making across the three levels of government so we can get things done faster,” Taylor said. “It is about accelerating the pace at which we can make obvious decisions.”

He added that city deals are extremely goal focused.

“In Townsville we have a very clear goal, to take Townsville beyond the extraordinary economic reliance it had on the mining investment boom. It needs to move on to being a genuine defence hub,” he said.

“It has a very strong defence industry now, but strengthening that defence hub, strengthening its export position with its port and industrial areas around the port, strengthening its tourist industry, and the urban renewal going on in the city that encourages tourists into the city [are] the fundamental goals.”

Another goal of the City Deal agenda is to address the issues caused by the overwhelming trend towards the CBDs of major cities attracting the highest-paying jobs and growing faster than the overall economy. That is why the first City Deals are located away from the CBDs.

Taylor said the government is establishing a Cities Reference Group, an expert panel that will help drive the City Deals agenda. A related initiative is the establishment of the National Cities Performance Framework that will measure the performance of City Deal projects.

“The key is, we are looking for projects that will improve the lives of people who live in our cities and that’s right at the top of the criteria in making the decision about which projects to proceed with,” he said.

Examples of smart city projects that could be adopted in Australia include the CityPulse project in the Dutch city of Eindhoven, which involves using a series of microphones installed in light poles along footpaths to make nightlife in the city safer. The system analyses speech patterns in real time to identify signs of aggression and send alerts to police in response.

Now, the days of these sorts of projects being entirely funded and driven by and designed by governments I think are over. So a very important part of this program is the way local governments collaborate with each other and work with service providers,” he said.

“We want innovators working on these projects. We would love small Australian companies where that’s possible, in some cases it will be the sensible thing to work with a company from offshore that’s pioneered something, but we would love to see our local innovators involved in working with councils on smart ideas and building on successes from around the world.”