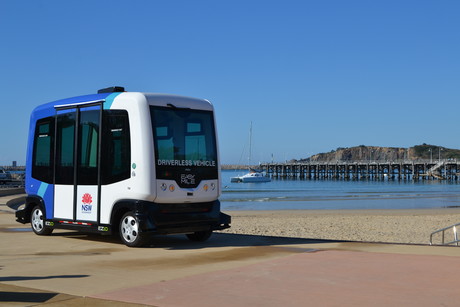 An autonomous public transport vehicle will be trialled by the City of Newcastle in 2019.

The council is seeking proposals from qualified operators to trial a driverless vehicle that can operate safely in traffic.

Newcastle’s trial will involve a small shuttle carrying about 12 people at a time through some of the city’s most scenic areas including beaches and the harbourfront.

“Our vision is to be a smart, livable and sustainable global city by 2030,” she said.

“This project provides yet another great opportunity to showcase Newcastle’s smart city initiatives to a national and international audience.

“Automated shuttles and driverless car technologies are at the cutting edge of transport. This trial will help build our understanding of how the vehicles can fit into existing traffic-dominated cities and connect with existing transport networks.

“City of Newcastle is partnering with a consortium of technology businesses to provide an integrated network for transport, energy and digital infrastructure to transform the city into a living lab.”

The trial will go through a safety testing phase before people can ride the shuttle free of charge.

The City’s tender documents outline a range of outcomes to be delivered during the trial, including:

The trial will run for at least a year as part of the Newcastle Smart City Strategy, which received $5 million in funding through the federal government’s Smart Cities and Suburbs program last year.

Autonomous vehicles are being tested around the world as cities, governments and communities embrace the emergence of driverless technology.

A new trial in the Northern Territory will see custom-made drones with a flying range of 250 km...