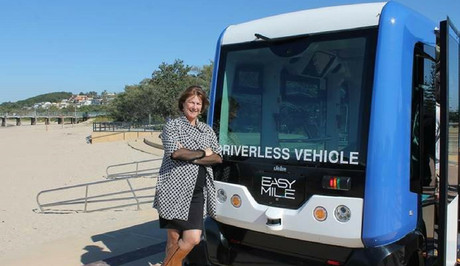 The two initiatives are the continuation of the Smarter Fleets program, which commenced in 2015 as part of the government’s efforts to reduce fuel costs and develop a more sustainable transport system.

Funded by the Tasmanian Government, the project is being conducted in partnership with Australian transport and energy consultancy mov3ment.

Meanwhile, the Smarter Fleets – Electric Vehicles in Local Government program will provide advice for councils by identifying vehicles and charging infrastructure to suit their specific needs. It is being conducted in conjunction with Sustainable Living Tasmania.

Further north, the NSW Government has announced plans to conduct a trial of driverless shuttles in Coffs Harbour, to allow residents in regional NSW to have a say in the state’s planning for autonomous vehicles.

The 12-month trial is expected to commence by the end of the year. It will span three phases to allow vehicles to be tested in a range of real-world situations.

The first phase will involve a shuttle service to Muttonbird Island. In the second phase the shuttle will move to Marion Grove Retirement Village, while in the final phase it will operate on Harbour Drive in the Coffs Harbour CBD.

The 12-passenger shuttle will be manned by a shuttle supervisor at all times to ensure passenger safety.

A separate autonomous vehicle trial is planned for Armidale, and the government is already trialling the state’s first first fully automated vehicle at Sydney Olympic Park.

A new trial in the Northern Territory will see custom-made drones with a flying range of 250 km...