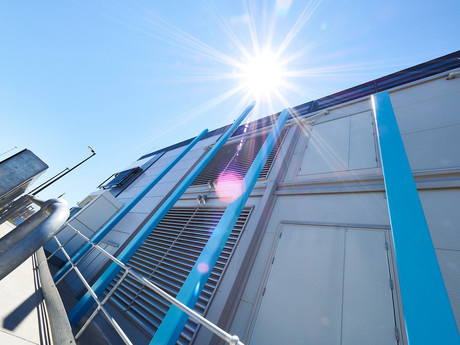 Having consolidated 130 data centres down to just two, the GovDC project is saving the NSW Government millions of dollars per year.

In 2013, the NSW Government began the mammoth task to consolidate 130 government data centres down to just two in the space of five years. Now complete and known as GovDC, the centres are located at Silverwater in Sydney and Unanderra in Wollongong, and are operated by Equinix on behalf of the NSW Government.

GovDC provides a range of solutions to government customers, including a private cloud network, secure links to the public cloud, a single-sign-on service and an e-commerce platform. A Managed Services Backbone provides inter-data centre connectivity between Silverwater and Unanderra to enable geographically diverse data recovery, data migration and synchronous replication with less than a 1.3 ms delay.

By all accounts GovDC has been a great success and an exemplar of its kind. It’s no wonder the project was the global winner of the 2014 Brill Awards for Efficient IT.

To get an update on how GovDC is performing and the uses to which it is being put, we spoke with Shae Howard, Director, GovDC and Marketplace Services, Innovation and Digital Governance.

GTR: GovDC has been a very big project. To your knowledge, has such an effort been attempted elsewhere before?

Shae Howard: The NSW Government was the first government in Australia to have successfully implemented whole-of-government data centre reform. There has been significant interest from other state governments around the country to understand the project and its success.

GTR: Have all departments and agencies now migrated onto GovDC?

SH: GovDC has a presence in all 10 NSW department clusters. Some have migrated via a simple lift and shift activity, while others have reduced their footprint during the migration due to virtualisation. Smaller agencies have chosen to take all their services via the cloud.

To secure savings and ensure pre-existing leases are exited in a timely and efficient manner, two agencies have been granted extensions. These agencies are expected to finalise their migration by the end of 2019 when their current leases expire.

GTR: You’re trying to encourage councils and educational institutions to use GovDC as well. How is that going?

SH: We are encouraging a range of public sector organisations to take advantage of the benefits of GovDC. We currently have a variety of councils and university tenants using our solutions.

GovDC is building capability designed to empower the public sector to harness digital technologies. Our service offering has extended to not only state government but now, local and federal governments, universities, state-owned companies and NGOs.

Our services provide the public sector with a secure, reliable and affordable means to tap into the power of the cloud. Our data centres operate 24x7x365, are purpose-built, modern, reliable, energy efficient, secure and are able to grow with agency demand.

We have the only facilities in Australia to receive a Tier III operational certification from the Uptime Institute, promising 99.98% availability of services.

GTR: Is the Marketplace providing the expected benefits, and are there plans to expand it?

SH: The GovDC Marketplace was created to help NSW Government agency customers connect with providers of data centre and cloud services. Building on from this great start and the feedback we have collected from both our customers and suppliers, we are moving to the newly launched buy.nsw to improve user experience.

buy.nsw is a marketplace for cloud applications, infrastructure and hosting. The development team is working hard to add new ICT categories into the platform and increase functionality for our users.

GTR: Are you able to give any figures on cost savings from GovDC?

SH: Overall benefits being realised by the GovDC reform project are in excess of $13 million per annum. As mentioned above, the data centres are certified to Uptime Institute Tier III and delivering at least 99.98% availability at each data centre. So far, uptime has been 100%.

Electricity consumption has reduced by over 40% and GovDC is rated 4.5 stars NABERS for Data Centres. This reduced consumption of electricity is saving about 13,000 tonnes of carbon dioxide, which is equivalent to taking 2800 cars off the road.

GTR: Can you see a time where GovDC will have been so successful that you’ll have to vastly expand it?

SH: In the initial build, four data halls were constructed at Silverwater and two data halls at Unanderra. By early 2017, all space had been consumed and the NSW Government committed to expand across both sites. By December 2017, construction was complete and new tenants commenced their migration in to the expanded space.

GTR: For users, what are some the biggest advantages to come from GovDC?

SH: For tenants, the process of onboarding to GovDC is seamless and easy, as all the commercial arrangements have been put in place between the NSW Government and the data centre operator.

This is a big component for any organisation wanting to move to a new data centre space. Tenants can review their requirements with the GovDC team, sign any internal paperwork and begin their migration within days if they are ready to do so. There are no facility-related issues for them to look after and manage.

GTR: Have there been any unexpected benefits to come from GovDC?

SH: GovDC is proving to be valuable across a broad set of public sector organisations. Universities, state-owned corporations, NGOs and specialised vendors to government are expressing interest in utilising our GovDC services.

GovDC and the Marketplace will be on show at the NSW Digital Government Marketplace conference and exhibition in Sydney on 13 September. For details, go to http://events.publicsectornetwork.co/events/nsw-government-digital-marketplace/.