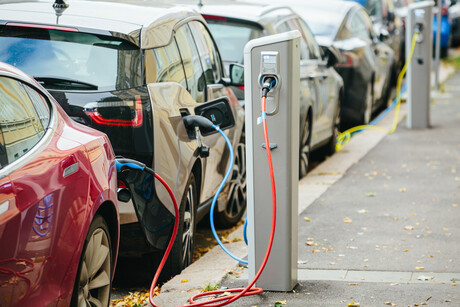 The Electric Vehicle Council of Australia has welcomed the NSW Government’s package of reforms to boost the adoption of electric vehicles in Australia. Behyad Jafari, Chief Executive of the Electric Vehicle Council, said the consultative, balanced and long-sighted package will ensure NSW cleans its streets of exhaust and noise, lowers health costs, reduces carbon emissions and breaks its dependence on foreign oil. Jafari added that it would also ensure tax revenue flows fairly from road users as the transition unfolds.

“Jurisdictions around the world that have taken this path have seen billions in investment flow toward them. NSW residents will now see more places to charge their cars and innovative EV-oriented businesses flourish. Vitally, they will see the world’s leading manufacturers offering their most affordable EV models to the state. Currently there is a strong incentive to reserve these less expensive models for overseas markets. That changes with this announcement. NSW residents with tight budgets will finally be able to escape the weekly punishment of the petrol pump,” said Jafari.

AGL Interim Managing Director and CEO Graeme Hunt also welcomed the initiatives announced by the NSW Government, which will help encourage more NSW road users to make the switch to electric cars. Hunt stated that facilitating the rollout of electric vehicles, and investing in the infrastructure needed to support their use, is an important step in electric vehicles becoming a bigger part of Australian life.

“Electric vehicles will play an important role in achieving the energy transition, providing new job opportunities and helping meet the NSW Government’s target of net zero emissions by 2050. As Australia’s largest energy retailer and generator, we will play an important role in powering the vehicles of the future, contributing towards the decarbonisation of Australia’s transport sector,” said Hunt.

Hunt added that the uptake and integration of electric vehicles in the Australian market will be influenced by initiatives that facilitate consumer access and developing technical insights to inform regulatory design.

“We want to see Australians driving their way to a more sustainable future, and any government support helps our ambition to create a better, cleaner tomorrow for us all,” said Hunt.

Aussie councils urged to partake in Skills and Workforce Survey

All Australian councils have been encouraged to participate in the 2022 Local Government Skills...

Aussie Broadband has announced a 10-year swap deal with VicTrack that will deliver access to...

The Australian Government has reappointed Andrew Stevens as the Data Standards Chair, to...