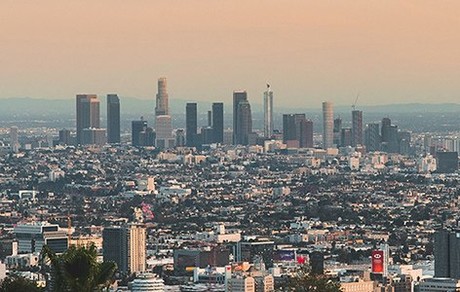 Last month, I took you on a brief tour of some of the most innovative cities in the world, places using the power of connected devices — millions of sensors attached to all sorts of physical devices — to gather petabytes of digital information that are deposited into a data lake. Through applications infused with artificial intelligence capabilities, city employees can garner immediate insights into the perennial problems of any municipality such as pervasive graffiti, overflowing trashcans or intersections snarled with traffic.

Smart city initiatives are one of the most important drivers of public sector digital transformations, and cities are going digital to improve environmental, financial and social aspects of urban life. In fact, the IDC estimates that some $135 billion will be spent worldwide on these modernisation efforts.

A key enabler to transformation is the use of Internet of Things (IoT) devices and the data collected from them, requiring high performance computing, sophisticated data management resources and artificial intelligence to render meaning to the mass of digital data collected. The University of Southern California (USC) is one of many such institutions at the forefront of IoT research and has launched an Intelligent Internet of Things Integrator (I3) consortium to further advance standardisation and to create solutions to help cities jumpstart their transformations.

As an industry leader in IoT capabilities, Oracle has seized the opportunity to work with some of the brightest minds in the education world, and has provided the USC I3 Consortium funding in cloud infrastructure services for three years of development work.

These advanced cloud computing resources will allow I3 to accelerate their development cycles, while greatly reducing the human and financial resources required to advance their core IoT, artificial intelligence and Smart Cities research.

The consortium’s goal is to help the cities to move beyond data silos where information is confined to individual departments, such as transportation and sanitation, to one where data flows between departments, and can be more easily managed. It also lets cities utilise data contributions from residents or even other governmental or commercial data providers. I3’s planned environment should significantly accelerate creation of Smart City applications like improved energy management, transit optimisation, parking services, garbage collection and many others.

Once the system is developed and tested, I3 plans to distribute the core system technology as open source software so other municipalities, states and other government entities can benefit from the USC I3 vision.

Read more about Oracle’s role in helping accelerate smart city initiatives in this Forbes Voice story about the USC I3 Consortium.