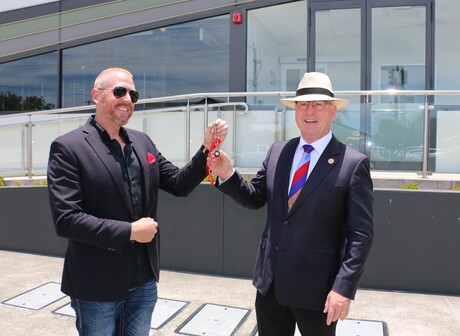 The data centre operator has entered an $8 million deal for the landing station, and has now taken ownership.

“Data centres are becoming an essential part of the business, economic and social landscape and a core element of the digital architecture that underpins connectivity, accessibility, security and information storage. They house and manage computer infrastructure for large and small businesses, which rent space and provide high capacity, high-speed connectivity,” he said.

“NEXTDC’s global linkages will deliver the Sunshine Coast unprecedented expertise and significant quality assurance for their customers who store their data at the data centre.”

NEXTDC’s presence in the region will create jobs across a range of occupations, particularly in IT, the mayor said.

“For a data centre operator the likes of NEXTDC to establish a presence on the Sunshine Coast — outside of a capital city — demonstrates confidence in our region.”

The Sunshine Coast International Broadband Cable was funded by the council to connect to the Japan–Guam–Australia (JGA) subsea cable. The cable project includes the installation of a 550 km cable which connects the Sunshine Coast to the 7000 km JGA. The landing station has been operational since March last year.

The council forecasts that the project will contribute up to 864 jobs and stimulate $927 million in new investment in Queensland.

Fortinet to launch data centre in Canberra in Q4

Fortinet will launch its new federal government Integration and Innovation Centre in Canberra...

Schneider Electric, in partnership with Intelli-Systems, has developed an as-a-service micro data...