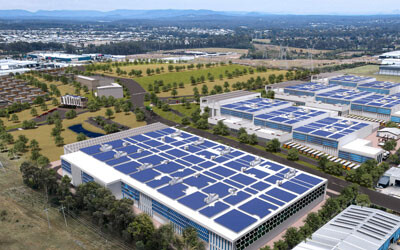 The planned Supernode facility in Moreton Bay will be designed to leverage the Sunshine Coast’s first direct international subsea cable connection. It will be a campus of up to four hyperscale data centres.

The state government provided $15 million to support the council in delivering the landing station for the connection to the Japan-Guam-Australia South Cable System developed by RTI Connectivity.

The site will intersect the new Torus dark fibre data cable currently under construction, which will directly connect Brisbane to the new subsea cable.

Quinbrook’s Supernode project will also be designed to host one of the largest battery storage installations in the Australian National Electricity Market, leveraging its location adjacent to the central node of the Queensland electricity network, the South Pine substation at Brendale.

Quinbrook Infrastructure Partners Managing Partner David Scaysbrook said the Supernode has the potential to be a $2.5 billion-plus investment. It will be developed in stages.

“South East Queensland’s imminent and direct access to fast global connectivity through Maroochydore to the Pacific makes it an excellent location for our large-scale data storage facility,” he said.

“Our Supernode site at Brendale in Moreton Bay is also an unrivalled location for power supply resilience due to its access to three independent high voltage connections forming the major power transmission node for Queensland at South Pine substation.”

“Supernode is the latest example of our strategy to make impactful and ‘hard to repeat’ investments that help decarbonise energy-intensive data centre operations using renewable power solutions. Brendale is a truly unique location in the Pacific region and is well deserving of the ‘Supernode’ title,” he said.

“Queensland can now compete more aggressively with the rest of Australia on the fundamentals of cost, sustainability of operations and latency in order to attract leading data storage operators and create the necessary foundations for the next digital age.”

Kapish has been appointed to provide ICT managed services for the Yoorrook Justice Commission.