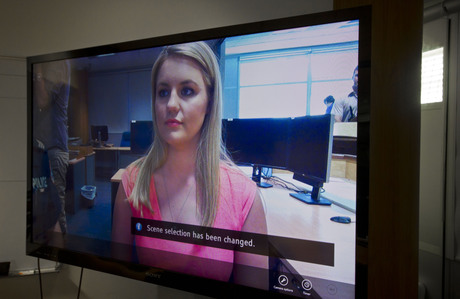 In a 2009 performance evaluation of comparable competing technologies performed by the authoritative US National Institute of Standards, the NEC system achieved the highest score, with a ‘false reject rate’ of 2.1% and a ‘false accept rate’ of just 0.1%.

The NEC system has now helped the NT Police identify hundreds of individuals in support of its enforcement and safety responsibilities by enhancing the value of closed-circuit television (CCTV) footage for investigation purposes.

Following its initial trial phase, the NT government has announced that it will move to a second phase that broadens the system’s application in crime fighting.

The technology enables police personnel to quickly search through their database of photos and match against any image or CCTV footage, as well as photos taken from body worn camera videos, drones and phone images.

The chief advantage of facial recognition over fingerprint identification is that face images can be captured from a distance without touching the person being identified.

“This new facial recognition software has already helped police identify or eliminate suspects and it is exciting to see it move to the next phase,” said Adam Giles, Chief Minister of the Northern Territory.

So far, the software has assisted NT Police in identifying over 300 people, including:

“Like fingerprinting, facial recognition is a form of identification that allows a computer to quickly match similar faces based on facial features,” said Police Minister Peter Chandler.

The system is playing a key role in the NT Police’s investment in mobile technology across both handheld devices and image capture equipment.

There are currently 190 cameras in the network monitored by the Force’s CCTV unit, in addition to the mobile CCTV units that can be moved on-demand to ‘hot spots’ and major public events. The government has also issued 1330 iPads to police officers and installed satellite communications in 51 police vehicles in remote locations.

As well as newly created imagery, the system can make use of archival data. As of early September, 100,000 images had been copied into the system database from existing Police information holdings.

“Footage or images captured on CCTV footage are submitted to NT Police’s facial recognition team, who can load it into the facial recognition system for analysis and comparison with existing images in the database,” said Chandler.

“The technology is helping reduce investigation times by enabling investigators to quickly identify or rule out suspects soon after a crime has been committed,” said Chandler.

“It could also assist police to identify missing persons and also those in the community who suffer from Alzheimer’s or other similar health issues to assist police in getting them the care they need.”

The AFL FleXpress test mode is the latest software upgrade for the AFL FlexScan OTDR.