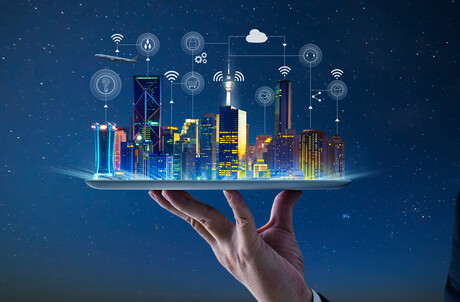 The topic of smart and sustainable cities has long dominated political discourse, but new research by Capgemini has found that they are key priorities for the general public, too.

Almost half of the 10,000 citizens surveyed globally were prepared to leave their town due to pollution concerns, and more than one-third were willing to pay for a digitally enhanced urban existence.

“Smart city perception and status have become an important differentiator for citizens. It has become crucial for city planners and officials to realise that the citizens are the smartest asset a city has and to put them at the centre of smart city initiatives," Hanania said.

“City officials must work to ensure that technology-led interventions give people the experience and quality of life that they want and need. By doing so, cities will avoid their inhabitants leaving for another city and will enhance their digitisation pathway, benefiting off the willingness of [the] citizen to invest in their home.

“Furthermore, smart initiatives allow cities to be more resilient to challenges like COVID-19; but to achieve that, it is key to federate both the data environment and the city’s stakeholders in order to shape the blueprint of their city together — putting sustainability, data privacy and the city’s DNA at its core.”

Meanwhile, Matthias Wieckmann, Head of Digital Strategy at the City of Hamburg, gave advice to governments in early stages of enacting their smart city visions.

“When considering a smart city initiative, it is best to start with small uses cases that can be tested before expanding and securing visibility and viability for funding,” said Wieckmann.

“For city officials early in their journey, smaller solutions will help pave the way faster, rather than starting with a big overall solution. It is also easier to find acceptance, support and finance for projects this way.”