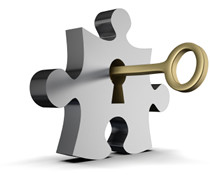 The Digital Transformation Agency is introducing a new method for users of online government services to provide authentication without having to constantly resubmit their identifying documents.

The new Govpass service is expected to launch in a public beta early next year. Govpass will allow other government or accredited non-government organisations to act as verifiers of an individual user's identity.

Govpass users will need only submit identifying documents such as birth certificates or driver's licences once to their nominated verifying organisations, and they will receive a digital pass that can then be used as authentication for other government organisations and services.

In the early stages of the rollout, the digital pass will allow access to a number of simple government services, but in later stages it is expected that this will be expanded to enable more complicated online transactions that would typically require a visit to a government shopfront.

To protect privacy, information flowing between a verifier and a government agency will be routed through an exchange that acts like a gateway connecting the government service with the verifier.

The design of this exchange means that the government agency using the verification service doesn't see the user's documents. Identifying documents submitted during the digital pass creation stage will also be deleted after they are authenticated.

Govpass is currently in a private beta stage using test data. By mid-year the company plans to have a product available for testing by selected individuals using real data, while a public beta is expected to be available early next year.

The McGowan government has committed $8 million to begin planning for a state-wide Electronic...

The NSW Government has launched a smart places strategy, which will incorporate smart...

A group of public service digital experts are putting together a resource portal aimed at helping...