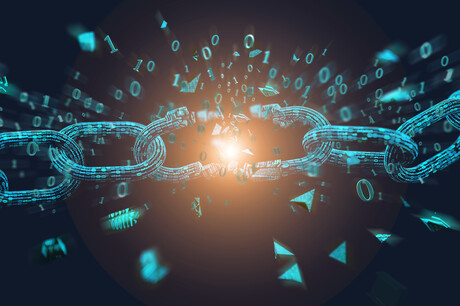 The APS Blockchain Network launch event on 5 November 2020 was a success, with over 80 public servants participating. The Department of Industry, Science, Energy and Resources (DISER) hosted the virtual event as the first of the Network’s activities.

Narelle Luchetti, Head of the Digital Economy and Technology Division in DISER, said the event was the first step in delivering on Signpost 7 of the National Blockchain Roadmap: raising awareness across the Australian Public Service (APS).

Panellists and keynote speakers addressed the need to build blockchain expertise. Caroline Malcolm, who leads the OECD’s Blockchain Policy Centre, provided a keynote address, about the importance of establishing a network of APS colleagues to build expertise in blockchain in the APS.

The panellists all voiced the need to set realistic expectations for the technology, noting that while there are some great developments in blockchain technology, they are not a solution for all situations. A panel of senior executive public servants discussed the potential and challenges of blockchain in an Australian government context.

A key theme from panellists about the government’s role in exploring emerging technologies centred on the value of outside perspectives. Engaging with industry and other departments on blockchain applications was deemed a must. Another theme was the responsibility government had to create the social licence for technology.

Luchetti spoke about the importance of increasing blockchain literacy among the APS, and to better utilise it as a technological solution across the boardrooms of Australian businesses. Luchetti described the work underway to that effect, including a budget initiative to fund two blockchain pilots, highlighting the work of the National Blockchain Roadmap working groups to develop use cases and examples of blockchain applications.

Peter Alexander, Chief Digital Officer at the Digital Transformation Agency (DTA), discussed the importance of focusing on defining the problem first before looking at the technology. Alexander cautioned against using blockchain as a ‘hammer’ for every nail, and outlined some of the problems that blockchain provides solutions for, such as data integrity and the emerging potential of regtech.

Gayan Benedict, Chief Information Officer at the Reserve Bank of Australia, spoke about the RBA’s role and use of blockchain. The RBA brought policy and technology teams together to create an innovation lab that works on emerging technology challenges.

The teams were able to identify potential applications for blockchain in RBA’s core work, with the option to present opportunities to executive management to increase their literacy and support for emerging technology.

“In the APS we set policy for application across the nation. It’s on us to understand how these disruptive technologies potentially change the policy framework in which we operate. It’s really important for a group like this to share knowledge. In the APS we need to be wise about how we adopt technologies and how we respond to them from a policy perspective,” Gayan said.

The Stone & Chalk-operated Scaleup Hub at Tech Central, set to open its doors in July, has...