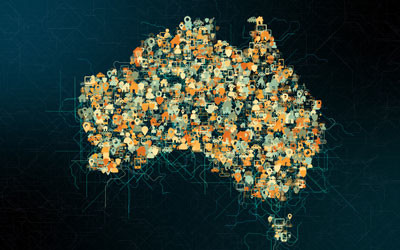 Australians are using myGov in record numbers, according to the Australian Government, with people logging in 39 million times in July alone to access tax relief.

On its busiest July day, the digital service racked up more than 1.8 million logins, about 60% more than last year, the government said. The month also saw around 25 million transactions recorded through myGov per day — more than double those seen at the same time last year.

Australian Minister for Government Services Stuart Robert said the increased use of myGov comes as Australians received tax relief as part of the recently legislated tax cuts, with $13 billion provided since the start of July.

“Behind the 39 million digital logins, there are everyday Australians accessing government services at a time and place of their choosing, without queuing up in a shopfront or at the end of a phone line,” Robert said.

“In those important moments when Australians reach out for government services, like tax time, they expect a simple, seamless and secure interaction. We are committed to working hard to provide a better experience and these results demonstrate we are making good progress.”

More than 9.7 million people have linked their Australian Taxation Office (ATO) online account to myGov, the government said, with one million people linking their ATO and myGov accounts during July this year. The introduction of Single Touch Payroll also allowed most people to receive their payment summaries through myGov, which, the government believes, helped simplify the individual tax return process.