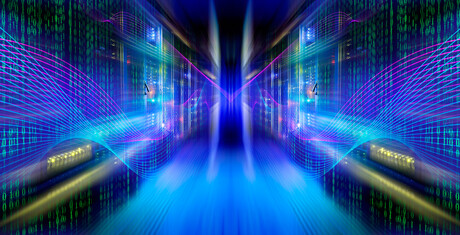 Saudi Arabia’s Communications and Information Technology Commission (CITC) has designated all 1200 MHz of the 6 GHz band for unlicensed, paving the way for Wi-Fi 6E and Wi-Fi 7. The Kingdom now has more than 2 GHz of spectrum for Wi-Fi operations — the most mid-band spectrum designated by any country globally.

The Kingdom made this decision after a comprehensive consultation, significant engagement with various global stakeholders and trials with Wi-Fi 6E equipment furnished by WBA members Broadcom Inc. and Intel Corporation, noted WBA.

In WBA’s annual report, members of the Wi-Fi industry said that the 6 GHz band is a critical component of their network strategy, with 78% seeking to take advantage of this spectrum to deliver high-speed wireless broadband. By making all 1200 MHz of the band available, the Saudis have created a wireless superhighway with seven non-overlapping 160 MHz channels of green field spectrum for Wi-Fi 6E devices to use.

With Saudi Arabia joining the ranks of the US, South Korea, Brazil and others, in designating all 1200 MHz of the 6 GHz band for licence-exempt use, the WBA is hoping that other regulators in the region will take note and make a similar commitment to advancing their own wireless broadband capabilities. This will lead to global harmonisation, which is key to scale, accelerating technology development and reducing costs for end-users, WBA said.

“Saudi Arabia has set out a leading position for Europe, the Middle East and Africa and raised the bar for the rest of the world. The WBA strongly recommends that regulators in other countries pay close attention to Saudi Arabia’s example of allocating the entire 6 GHz band for licence-exempt use. The release of the full 1200 MHz provides enhanced flexibility for both indoor and outdoor deployments and lays the foundation for the Kingdom’s citizens and businesses to set a path for the adoption of Wi-Fi 6E and Wi-Fi 7 when that technology debuts. It has been a pleasure to collaborate with CITC, and I look forward to further collaboration by enabling OpenRoaming trials, which will enable secure and seamless roaming.”

Rodrigues said, “The CITC ruling underlines how important 6 GHz spectrum is in achieving the Kingdom’s vision to transform Saudi Arabia into a digital society. Overnight, the Kingdom of Saudi Arabia has become a model for how the rest of the world can use spectrum policy to ensure that their schools, healthcare providers, businesses, citizens and visitors can provide affordable, reliable, multi-gigabit connectivity and take full advantage of Wi-Fi and 5G.”

Matt MacPherson, Cisco Wireless CTO, congratulated Saudi Arabia and CITC on the decision and said Wi-Fi 6E unleashes the full potential of Wi-Fi allowing a host of new devices and services to emerge. “It means more speed, higher data rates and better security for a multitude of new capabilities and applications including VR, robotics and IoT. We commend this pioneering move to create a more connected future.”