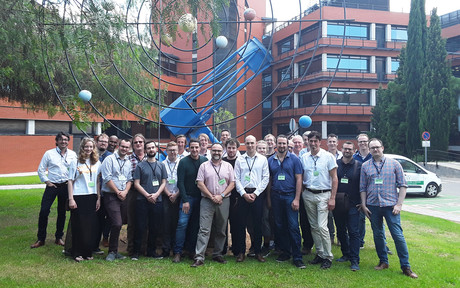 The multinational TALQ Consortium has successfully completed the first TALQ version 2.0 plug fest, which aimed to verify the interoperability of multiple sensors and controllers with central management software (CMS) from a range of vendors.

The plug fest — which was held at the engineering campus of the University of Valencia, Spain, from 9 to 11 July — attracted 14 companies and formed the first part of the official certification process. The event included testing sessions and a workshop for developers working on their solutions.

According to its website, the TALQ Consortium’s goal is “to define a globally accepted smart city protocol for central management software to configure, control, command and monitor heterogeneous smart city device networks”.

The consortium expects 11 products (CMS and gateways) to be certified as TALQ compliant by the end of July 2019.

According to the consortium, the development of interoperable open systems will help cities to avoid being locked into proprietary systems.

“We expect most of the 11 products present at the plug fest to be formally certified by the consortium’s Certification Workgroup before the end of July,” said Simon Dunkley, Secretary General for the TALQ Consortium.

“We were able to exercise a large variety of pairings among four CMS and seven gateway implementations to review their compatibility across both mandatory and optional functions.

“It was a great opportunity to bring together many developers working in the smart city domain, and to share experience and insights.”

The funding will build on four years of modernisation and digitisation work, totalling $16m, to...

Airservices Australia has engaged Rimini Street to continue to provide support for its...