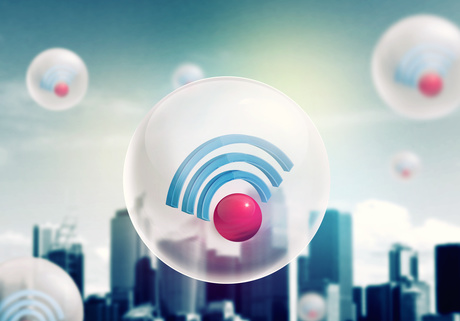 Improved Wi-Fi access has been implemented for tourists and locals in both Queensland and Tasmania.

Queensland Rail has introduced a free Wi-Fi trial on its recently refurbished Tilt Train, which travels on the rail network between Rockhampton, the Wide Bay and Brisbane. Meanwhile, the Hobart Cruise Ship Terminal is also now Wi-Fi accessible in time for Tasmania’s peak tourism season.

“This is the first time we have offered Wi-Fi on the long-distance Queensland Rail travel fleet and passengers will recognise a train offering the free Wi-Fi service via signage in the carriage,” said Queensland Treasurer Curtis Pitt.

During the last financial year, more than 180,000 people took a journey from either Rockhampton or Bundaberg aboard the electric Tilt Train and the replacement diesel services that ran during the refurbishment process.

The train underwent a mechanical upgrade and internal refurbishment this year, with work being undertaken by Downer EDI in Maryborough. Consequently, passengers will now have greater Wi-Fi options during their travels along the southern Queensland coast.

This is also the case for passengers at the Hobart Cruise Ship Terminal, where Wi-Fi has now been switched on at MAC2 wharf.

The Hodgman government, in partnership with Telstra, has committed to 50 Wi-Fi locations statewide. There are now a total of six Wi-Fi points within the terminal.

The switch-on took place just before the arrival of the Carnival Spirit, with its 2000 cruise passengers. The ship also moored at Port Arthur, which has become the most popular Wi-Fi hot spot since the network launched. There were 12,300 users recorded as logging on.

Other popular locations within the state include Cradle Mountain, the Hobart waterfront, Salamanca and Launceston Seaport.

A downloadable app for Android and iOS phones highlights places throughout the state where the free Wi-Fi network can be accessed.

The service is also available to locals and is accessible for 30 minutes per device, per location, per day.