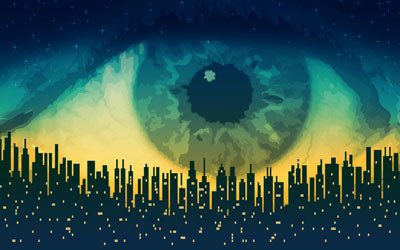 Governments are adopting AI surveillance technologies faster and more widely than experts anticipated, according to a new report.

Released last Tuesday by the Carnegie for Endowment of International Peace, the report explores how governments are using new surveillance technologies to monitor and track individuals and systems, although it does not distinguish between lawful and unlawful use.

Currently, at least 75 of 176 reviewed countries, including Australia, the US, China and – surprisingly – Kenya, Mongolia and Uzbekistan, are actively using AI for surveillance purposes.

Of these, 64 are using facial recognition, 56 have deployed ‘smart’ or ‘safe city’ systems and 52 ‘smart policing’.

Alarmingly, but, perhaps, not so surprisingly, Australia has deployed all three using technology from China, the US and Japan – including some supplied by Huawei.

In fact, Huawei provides AI surveillance technology to at least 50 countries globally and is responsible for 75 “smart city-public security projects” despite the recent controversy surrounding the security of its technology and associated data.

Other Chinese companies, such as Hikvision, Dahua and ZTE, along with Huawei, supply AI surveillance technology to 63 countries, 36 of which have signed on to China’s Belt and Road Initiative, according to the report, authored by Steven Feldstein.

The companies' success may be partly due to their ability to offer soft loans, encouraging governments to purchase their products, Feldstein said in the report. “This raises troubling questions about the extent to which the Chinese government is subsidising the purchase of advanced repressive technology,” he added.

He added that this was “not altogether unexpected” since countries with greater military investments tend to have higher economic and technological capabilities as well as specific concerns.

Perhaps the most worrying aspect of his report though, is the assertion that AI surveillance makes it “likelier that democratic and authoritarian governments may carry out surveillance that contravenes international human rights standards” and that there’s a lack of legislation, enforcement, safeguards or oversight – to prevent them from doing so or hold them accountable.

Feldstein hopes his report will spark “much-needed public debate about the balance between AI technology, government surveillance, and the privacy rights of citizens” before it becomes too embedded in governance and politics to allow change.