AGIMO has kicked off its efforts to formalise a government big-data policy with the release of an issues paper for its nascent government Big Data Strategy.

Available here, the paper reflects the guidance of the Australian Government ICT Strategy 2012-2015, which has as one of its core goals the establishment of a cross-agency data analytics capability to inform better policy and service delivery.

“The value of big data for agencies is limited by their ability to effectively manage the volume, velocity and variety of big data and the ability to derive useful information from this data,” the report’s authors write, noting big-data opportunities in key areas such as data management, personalisation of services, problem solving, predictive analytics, productivity, and efficiency. 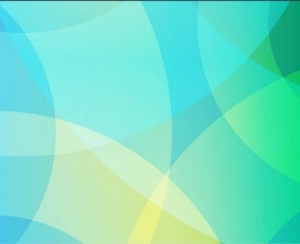 AGIMO's eventual big-data strategy, to be delivered around mid-year after extensive consultation, is expected to pave the way for delivery of better services, improved efficiency of government operations, and open engagement through initiatives such as the Big Data Working Group and the Australian Tax Office's Data Analytics Centre of Excellence.

Australian government CIO Glenn Archer spoke at length about AGIMO's big-data imperative at the recent AIIA Navigating Big Data Summit in Canberra last week. With the launch of the issues paper, however, Archer has now thrown the strategy to the winds of public opinion.

This is a key goal as government further warms to the public engagement begged by big-data and open-data initiatives, the report's authors advise: "As awareness of the benefits of big data increases, there is likely to be an increase in public debate regarding the balance of benefits versus the challenges associated with the technology," the report says. "Government agencies need to be in a position to consider external expert opinion and enunciate their own position on the use of the technology."

AGIMO is accepting feedback through April 5 via its Web site, and hopes to publish finalise its big data policy by mid-year. – David Braue