Addressing the Australian Information Industry Association (AIIA)-backed Navigating Big Data Summit in Canberra today, Archer noted that AGIMO had already conducted extensive discussions – with government bodies, private-sector organisations, and peers in the US, UK, New Zealand and Canada – in an effort to identify best-practice methods for aggregating, analysing and making use of massive quantities of data.

“Australian public service agencies collect very significant volumes of information,” Archer said. “They relate to citizens and businesses, organisations’ internal operations, the nature of interactions with external parties such as suppliers and communities.” 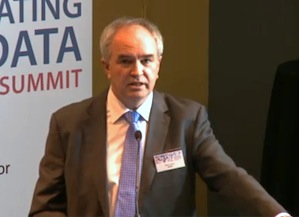 “Analytical tools…. Offer enormous opportunities to improve the way we deliver services to citizens,” he continued. “We’re looking to develop new policy about how we can use big data and analytic tools to get a strategic approach for a whole-of-government view of data management – and to build better policy options for government and for ministers to consider.”

The working paper isn’t AGIMO’s only nod to the big-data explosion: last week an AGIMO and Australian Taxation Office-sponsored working group brought together departmental representatives and academics from numerous institutions to define the terms of reference for a planned Data Analytics Centre of Excellence that will serve as a centrepiece of the government’s efforts to tap into the benefits of big data.

Development of big-data guidelines, best practices and technological tools had become a key priority for AGIMO and other government bodies as government organisations were increasingly finding themselves “drowning in the data” they had collected,” Dr Brenton Cooper, technical director for information superiority with the Defence Systems Innovation Centre (DSIC) told the audience.

“Rather than being task driven, they’re trying to make the processes they deal with, data driven,” explained Cooper, who has worked extensively with Department of Defence agencies to help them get on top of their growing data stores.

“To do that, you really need to build the smart analytics that can turn the data into information that the organisation can use to make the decisions they need to….Part of the challenge is trying to bring down the number of degrees of freedom down to the level where humans can make decisions.”

Three major elements – privacy and security, data management and sharing, and technology – delineate the AGIMO-led strategy, Archer said. Each of these presented a whole range of new issues that would need to be worked through to both empower and, where necessary restrict government agencies’ use of big-data techniques.

“It’s clear that the collection and correlation of multiple, disparate data sources will magnify the potential of the mosaic effect of seemingly innocuous data that can expose or reveal sensitive information about an individual,” he said.

“For example, what happens when a government agency accesses a data set from another agency, and that other agency has placed that data set into the public domain? It’s very likely that it may give you insights, but it may also raise concerns in the minds of some citizens that it is not an appropriate use for that data. And [limiting its use] sounds intuitively like it’s in conflict with the idea of open data.”

The release of the 14-page issues paper will kick off a three-week consultation process designed to solicit public and private-sector input for a formal government big-data policy, which Archer said would be released in draft form by May and finalised by July. – David Braue

The DTA has launched its Hardware Marketplace procurement portal with a single category —...