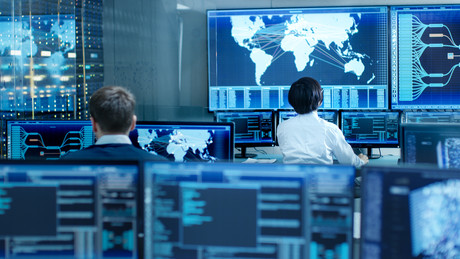 We speak with Chris Collura*, who leads CommScope’s team focused on the US federal government, about the technology trends that are impacting government agencies.

What are the biggest network infrastructure challenges in federal networking today?

The biggest challenge we see in federal networking is the need for agencies to upgrade their infrastructure to prepare for next-generation technologies. Mobility is ubiquitous. Agencies need fast, robust connections with low latency in every location and to the outer edges of operations. They are seeing mission-critical needs for transferring massive amounts of data with low latency; to want to use more high-definition video, as well as virtual and augmented reality, and the situational awareness that IoT brings.

These are the technologies that bring operational efficiency and, frankly, better results. But they can’t do it on outdated networks and cabling infrastructure. Too many agencies are still using last-generation network infrastructure.

What CommScope solutions do you expect to grow in the federal government?

There are a couple of trends that are front and centre for us as agencies move toward digital DAS, 5G, Wi-Fi 6 and evaluating Citizens Broadband Radio Service (CBRS). Upgrading networks to support these new mobile technologies can be done with the right cabling, fibre infrastructure and Ethernet switching architectures, but upgrades are needed to support higher bandwidth to mobile devices and next-generation sensors.

The other trend is adapting connectivity to our relatively new, environmentally friendly buildings. The improved energy efficiency of treated windows, for example, makes it nearly impossible to get next-generation cellular connections via outside cell service. So, any investment in 5G mobile devices should also include an in-building upgrade of legacy distributed antenna systems (DAS) to the new, digital DAS systems. This allows you to get an LTE signal anywhere in the building. LTE connectivity inside the workplace is not an optional service anymore.

Other areas where we see growth potential in the federal space are with new technologies like CBRS, which allows for private LTE networks. CommScope was among the first to be fully certified for that mid-band spectrum. It’s a new technology and a useful addition to the other wireless technologies that CommScope offers.

And, of course, we can’t forget Wi-Fi 6, which CommScope offers today in the next wave of wireless access points. Wi-Fi 6 is here and brings a big jump in bandwidth and supported users per access point. This new technology along with our patented industry-leading wireless feature makes CommScope a best-in-class offering.

Finally, our powered fibre offering allows CommScope customers to expand the distances for IoT sensor devices and cameras and remote access points that enable Smart Cities and Smart Base designs. These innovative infrastructure solutions are something we expect to see increasing demands for, as it fills a unique need.

Where should CommScope solutions fit into federal agencies’ modernisation plans?

Because CommScope offers a complete infrastructure solution, the earlier agencies can bring us in, the better. Wireless networks, both licensed and unlicensed spectrum, are now the fourth utility. Ideally we are brought in as the building is being designed, but well before it is occupied, just like with water, electricity and HVAC. This allows us to customise infrastructure to meet the agency’s needs. Often that’s not possible and we can provide designs to upgrade infrastructure at any time.

But the point is that network infrastructure should be prioritised as early as possible. With new security applications, smart buildings and IoT, the network supports much more than just workflow data and it needs to be deployed sooner in the construction cycle.

Network infrastructure can seem far from the end user. How does CommScope make a difference to federal employees?

Infrastructure is one of those things people don’t think about until it doesn’t work. Again, going back to the fourth utility analogy, people don’t think much about electricity until the power goes out and the work stops. It’s the same now with having an internet connection and even down to having reliable Wi-Fi; people don’t want to work in a building where they can’t use their personal cell phones. In that respect, our solutions drive not only worker productivity, but also employee and customer satisfaction.

It’s not enough to just have cellular and Wi-Fi. Federal employees and customers expect government offices to have the same high-speed connections they get elsewhere. Imagine if today you walked into a Social Security or a VA office and it was running on 3G. You might want to fill out a satisfaction survey and it wouldn’t be good. The same is true for when the public gets used to 5G. They’ll expect the same quality in government offices. CommScope provides simple, reliable and agile solutions.

What role does managed services have in the federal sphere? Do you expect that to be a growth area, with Enterprise as a Service and Wi-Fi as a Service? Where do you see growth opportunities?

As federal agencies take on more and more IT functions at the same time that there is a huge shortage of IT workers, it makes sense for them to contract out IT services. This is especially true with wired and wireless network infrastructure. Rather than buying all the equipment, taking years to go through the budget and acquisition processes, and then not having enough staff to maintain it, agencies can get the support they need throughout the technology’s life cycle.

How should federal customers look at their ROI on CommScope network infrastructure?

Upgrades are needed all the time with technology and while the pace of innovation has given us remarkable progress in capabilities and operations, it can be frustrating how quickly some technologies become obsolete. In that framework, CommScope’s network infrastructure has an excellent ROI. Our cabling, fibre, access points and Ethernet switches last well past the life of most technologies.

And the infrastructure is the core driver for everything else. Some of our competitors want agencies to upgrade their networks every 3–5 years. That is just not in the best interest of the government. So, if an agency commits to upgrading infrastructure once a decade, I would say CommScope is a better return on investment than most items in the IT budget.

*As Vice President of Federal Sales for CommScope, Chris Collura is responsible for unified networking and infrastructure sales, as well as systems engineering teams serving the world’s largest purchaser of information technology, the US federal government. Collura has 30 years of experience in infrastructure and networking in the federal space, including with Ruckus Networks (acquired by CommScope in 2019), Lockheed Space Operations Corp, Nortel Networks, Bay Networks, WellFleet Communications and Palo Alto Networks. He is a veteran of the US Air Force, where he worked as a radio communications analyst, computer security officer, LAN systems manager and application programmer.

Ensuring a superior client experience is a top priority for network administrators, so they must...

Upgrade your network infrastructure and get connected today!

A Cel-Fi GO installation from Powertec has provided a strong and reliable 3G/4G mobile signal in...

The role of video and audio tech in health care