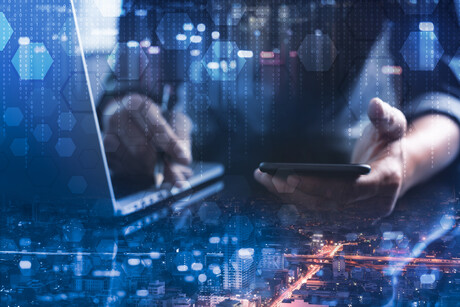 Research soon to be unveiled by Appian, in partnership with the Economist Intelligence Unit, reveals that most Australian executives (89%) believe their organisation encountered operational difficulties in addressing the challenges posed by the pandemic, with 41% describing these as significant.

However, Neil Morgan, chief operating officer at Sydney-headquartered insurance giant IAG Limited, says Australia’s huge geographical separation from other global marketplaces means there’s always been an imperative for professionals to be open-minded and connected into other companies and markets.

“When you’re in Australia, everywhere is a long way away,” says Mr Morgan. “We’ve grown up with the distance, whereas other geographies are now feeling the distance quite acutely because — although it’s not a big geographic distance to their neighbours — they are currently more restricted than they probably ever have been.”

Mr Morgan says keeping disparate workers connected has always been a big priority for IAG. The company invested heavily in collaboration technology and virtual environments for three years prior to 2020. That investment paid dividends when the pandemic hit, meaning IAG was able to ensure 98% of employees could work remotely within two weeks.

While IAG had already invested in the platforms to keep business operations running, other companies made big investments to support remote working last year. Research suggests spending on communication and collaboration software grew by 20% in Australia through 2020.

Now Australian companies are looking to other areas of technology investment. Analyst Gartner says IT spending across all industry sectors in Australia will grow 3.6% to reach more than A$95.8 billion in 2021, following a 2.8% decline in 2020.

For Mr Morgan, the successful work of IT teams during the past year has created a new expectation about the role that technology can play in business transformation. Boards have been impressed by how CIOs have used cloud and collaborative technologies to keep businesses operational in extreme circumstances. Now they want more.

What’s more, business project demand is outstripping IT budget growth — which is particularly acute in Australia, with 85% of IT decision makers saying project requests exceed budget compared to a global average of 64%.

This pent-up demand means line-of-business units can seek their own technological solutions to business challenges. Most decision makers (55%) believe non-IT business units are taking the lead in procuring or developing the applications they use, with as many as three-quarters of IT decision makers in Australia believing that to be the case.

Nicki Doble, group CIO at Cover-More Group, a travel insurance and medical assistance provider headquartered in Sydney, says one explanation is that Australian bricks and mortar businesses have had to make rapid decisions to transition to online during the past 12 months. Such reactive IT spending decisions are unlikely to sponsor long-term success, says Ms Doble.

“You don’t just move a traditional business online and everything’s fine. I think some business teams are not designing products or services or experiences the way that they would have if they were more influenced by the technology folk. In most cases, they’re thinking: ‘we’re building a website, and the job’s done’.”

The benefits of collaboration

While the survey findings suggest that IT and business colleagues work well together generally, Australian executives identify inadequate collaboration between IT function and business units as the chief barrier to achieving digital objectives. If IT decision makers are going to meet the business’ ever-growing appetite for digital, then they’re going to have to find a way to make sure that spending decisions are not made in isolation.

Mr Morgan says IAG’s solution to this conundrum comes in the form of cross-functional, multidisciplinary teams. Rather than having IT projects per se, the company creates “strategic change projects”, where the programme of work almost always includes some element of technology and is oriented around delivering business outcomes.

“We’ve tried to ensure that our teams are focused on defining the problem statement before talking tech solutions. We need technology specialists to manage the delivery and be part of that team and part of our business. But the key is to know the problem to be solved or the outcome to be achieved, and then look at the enablement opportunities,” he says.

That joined-up approach is likely to pay dividends. Business decision makers globally regard IT colleagues as highly effective in collaborating on new product development (66%). In Australia, that figure is as high as 77%.

Both Mr Morgan and Ms Doble suggest that one of the key factors supporting that heightened sense of collaboration in Australia is the growing popularity of digital product management, which Gartner defines as the process of conceiving, defining, delivering, monitoring and refining products to maximise business results.

For Mr Morgan, the shift towards product management is part of a wider focus on methods in Australian IT management during the past decade, which helps ensure connectedness between the business people who want technology and the IT people who deliver it.

“When you’ve got technology leaders as part of leadership teams of trading divisions in businesses, ideas become more executable. Some of the delivery norms get pushed, cycle times on figuring out feasibility and decision-making get crushed and become much faster.”

Skills needed in the year ahead

Cloud computing, data science and analytics, and IoT are seen as the technologies that will be most important to the success of Australian organisations during the next 12 months.

Executives are also bullish on the next-generation skills that will be required to power these projects, with most respondents — 80% globally; 81.5% in Australia — believing that they have enough talent to support their AI and/or machine-learning projects.

That level of confidence is somewhat of a surprise, especially given the global battle for data talent. Collaborative technologies are a key factor here. IT professionals can now use cloud-based applications to login and work from anywhere around the globe.

Take the example of Cover-More: even though the firm’s headquarters are in Australia, the company uses global development teams in the US, India, Australia and Dublin. Add in the increased acceptance for remote working during the past 12 months and it’s now much easier to source global technical talent, says Ms Doble.

However, the battle for talent is far from won. Ms Doble recognises there’s a global shortage of technical staff, particularly in key areas such as data science and cybersecurity. This huge demand means that securing the top talent — even in an age of remote working — will be a challenging task. One answer is to build in-house capability.

“Training programmes are really important, but it’s about making those individuals recognise that they can be a data scientist or a cybersecurity specialist. It’s about building a culture — you’ve got to have people who know how data is going to improve everything. It might mean going to a different area of the business that might not necessarily use data, showing them the tools and getting them to see the pulling power,” says Ms Doble.

To learn more about the technology priorities of Australian organisations, register for Appian APJ.

This video shows the lengths Acer goes through to make their laptops for business more durable.

PoE technology has come a long way since 2003. Take a look at some of the trends and developments...

Metaverse, an evolution of the online. Three big questions answered.

The age of web 3.0, virtual and immersive experience and the amazing progression of...