Australian federal, state and local governments are making preparations for the technology-enabled future of transport in the nation.

Items on the agenda include the transition to electric vehicles, the deployment of intelligent transport systems (ITS) technology on Australian roads, and the introduction of self-driving cars, buses and trains. But critics contend that governments are not acting fast enough to encourage adoption of these potentially revolutionary new technologies.

The project, which is still at the design stage, would involve establishing fast-charging stations on the national highway to help overcome barriers to adoption of electric vehicles.

“The advent of electric vehicles, along with automation, growth in the ‘sharing economy’ and technological connectivity, could bring the largest transformation the transport sector has seen since the shift from steam to diesel locomotives,” Infrastructure Australia’s report states.

According to the proposal, electric vehicles are projected to account for 70% of new vehicle sales and 30% of vehicles in Australia by 2040. But motorists have frequently cited a lack of access to charging stations as a key barrier to adoption of electric vehicles.

Infrastructure Australia is also recommending that policies and regulations be developed to encourage adoption of charging technology for electric vehicles, and that the government evaluate whether additional investment is required to ensure that Australia’s electric grid and distribution network can provide reliable electricity supply for the new charging network.

But Greens transport spokesperson Senator Janet Rice has slammed the federal government for dragging its feet on the development of a national infrastructure for electronic vehicles. She said Infrastructure Australia’s report represents a “canary in the coal mine”, demonstrating that other countries are leaving Australia in the dust in terms of encouraging electric vehicle uptake.

“Infrastructure Australia says that electric vehicles are a ‘game changer’ for improving national productivity and environmental benefits. So why isn’t the government doing more to get Australia on track? It’s ludicrous that we don’t already have a national charging network, nor any plans for one,” she said.

“Infrastructure Australia is the objective authority on what the nation needs to start building. If their experts recognise a national fast-charging network as a high priority, then governments should heed the call,” he said.

“As Infrastructure Australia correctly points out, the price of electric vehicles is dropping and range is rising. But our leaders are pumping the brakes by not adequately supporting new charging infrastructure.

“Australians can and should be able to drive all over this massive nation with complete confidence in a zero-emission vehicle. The technology exists. We just need the political will to make it happen.”

ITS is defined in the government body's report as “the application of modern computer and communication technologies to transport systems, to increase efficiency, reduce pollution and other environmental effects of transport and to increase the safety of the travelling public.”

The 2019 Infrastructure Priority List calls for the introduction of ITS capabilities on key roads including the M4 and Sydney CBD motorways in Sydney, the M80 Ring Road in Melbourne, Adelaide's North-South Corridor, and the Mitchell and Kwinana freeways in Western Australia. 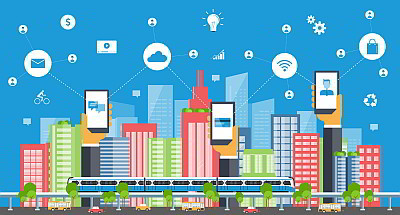 This will involve deploying measures including coordinated ramp signalling capabilities, vehicle detection devices, speed and lane use management, and variable electronic signage offering up-to-date traveller information. These technologies will be applied to manage traffic flow in order to enhance both road capacity and safety.

The M4 Motorway project also involves the deployment of a new communications and power backbone along the motorway.

The House Infrastructure, Transport and Cities Committee held a public hearing on 15 February aimed at exploring the use of automation in rail and road based mass transit.

According to the Department of Infrastructure, Regional Development and Cities, “the use of automated vehicles for ride-sharing or ride-hailing, for automated on-road mass transit services, and for the provision of ‘last-mile’ connectivity, could deliver benefits such as significantly improved safety outcomes, greater efficiency and reduced congestion, better access to transport services for those unable to drive, as well as more liveable urban and regional communities”.

But Committee Chair John Alexander said the introduction of self-driving vehicle technology will present a series of significant challenges for the public transport sector.

“The automation of mass transit is not just about driverless buses and trains — it’s also about how mass transit will fit into an automated transport future and how we will manage questions of mobility more generally,” he said.

“Ideally, automated transport would be incorporated into the master-planning of the urban and regional environment in a way that maximises connectivity while promoting compact and accessible urban forms.”

In November 2018, the City of Newcastle issued a request for proposals for qualified operators to trial an intelligent public transport vehicle. The trial will involve a small shuttle carrying about 12 people at a time through scenic area of the city.

Various levels of government are also acting to facilitate the testing of autonomous private vehicles on Australian roads. In January, the Victorian Government announced it had approved the first on-road trial of connected and autonomous vehicles under the new Automated Driving System (ADS) permit scheme.

Appliance company Bosch has been awarded $2.3 million from the Connected and Automated Vehicle (CAV) Trial Grants Program for a planned trial of its autonomous vehicle technology on high-speed rural Victorian roads later this year.

The state government has allocated a total of $9 million for the trial grants program as part of its $1.4 billion Towards Zero Action Plan, which plans to reduce road deaths by 20% and serious injuries by 15% over the five years from 2016–2020.

The NSW Government has likewise established a $10 million fund to expand its portfolio of connected and autonomous vehicle trials over the next four years. Plans for the new fund were laid out in the state’s recently published Connected and Automated Vehicles Plan, which forms part of its 40-year Future Transport 2056 strategy.

The new plan establishes goals including supporting the implementation of nationally consistent regulation, standards, policies and safety assurance for self-driving vehicles. It aims to ensure that conditionally automated vehicles can operate legally on NSW roads before 2020, and fully automated vehicles from 2020.

The Queensland Government is also supporting a trial of an electric vehicle equipped with AI sensors and computers being conducted by the Queensland University of Technology (QUT). While it will not involve an autonomous vehicle driving the roads, it will involve AI simulating and evaluating its ability to perform comparably to the human driver in a variety of road conditions.

According to the KPMG 2019 Autonomous Vehicles Readiness Index, published early February, Australia received the top score on regulations supportive of autonomous vehicles. The report notes that the recent establishment of the Office of Future Transport Technologies could further improve Australia’s performance in this domain.

A new initiative in NSW is designed to use artificial intelligence technology for road safety...

Managing government IT projects for success

Innovative funding and shared-value models will help government deliver for the people, says...