Managing government IT projects for success

Roger Rooney, Senior Project Manager, Smart Parking, for the ACT Government, has had extensive experience in many public sector roles. After doing a political science degree, he joined the APS in Sydney and worked at the coalface of community services, before moving into a research role with the Refugee Review Tribunal where he read Amnesty International and Human Rights Watch reports on the abuses and persecutions committed by authoritarian regimes and war lords. He then took the Tribunal’s best practice and helped the Irish Government set up its own refugee research unit, before moving into communications technology and joining NOIE/DCITA. “That started me off on the demand-side, user-focused crusade that we now call agile/human-centred/end-user UI/UX,” he said.

Tell us about your current role and what it entails?

After 17 years in federal service, I took a year off before jumping onto the city curb at ACT Government, where I designed and delivered the Digital Canberra Strategy, took an unfunded election commitment and turned it into a 700-access-point, free Wi-Fi network. I led the charge with smart parking and developed the digital economy by identifying best-of-breed technology vendors to help small businesses accelerate their use of digital.

My role is to be naturally disruptive, improve, get the best deal for the citizen and turn an idea into an outcome. Whether it’s machine learning with data scientists or reducing emissions through decreasing travel times with a smart parking app, my role is to be ‘half an hour in front of the plane’ and pilot the project and product to delivery.

My next challenge is to scale up smart parking, deploy predictive services, integrate data nationally. My passion project is the electrification of transport — I want to apply the smart parking model to EVs and charge points to deliver the churn required to optimise the use of the asset, smooth demand and increase trip reliability… especially on long haul.

Can you describe a project you are working on or recently completed?

Challenges came thick and fast in smart parking, which involved integrating five design layers and working across 15 organisations to install the 460 sensors in record time — three weeks. It took working through more than 200 issues to do it, the top three being:

I overcame the challenges with perseverance and by asking for help and for more resources. 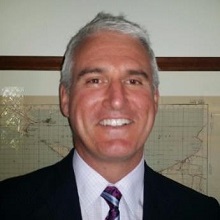 What did you learn from the project? What did it achieve?

I learned that to deploy properly, I need an ‘all in one’ engineer on my side of the table with a combined degree in electrical, civil and mechanical engineering. I learned to ask for help earlier and that user acceptance testing is something that must be done by the city. But mostly I learned that the ‘usage grenade’ is still something that most people jump back from, and that to get adoption we need the city to do the change management at the start of the project; not just project manage the solution.

I’m proud to say I saved drivers’ time (40% of the app users said it saved them two minutes and two-thirds now want predictive parking), made shop owners happier during hard times and developed a strong relationship with the vendor. That, and I was a leader in developing the predictive parking collaboration with Data61/CSIRO and with Dr Gary Au, where we crunched the five million data points from the sensored events and worked out what was happening, why it was happening and predicted it happening. Working with the data scientists was the best part of the job.

What excites you most about the future?

I am going high-growth here and saying in 2–3 years over 10% of cars sold will be EVs; meaning 100,000 EVs running around cities and the countryside, but also ramping up demand — and congestion — at city street and shopping mall charge points.

To join up and integrate we need to prepare two years out if we are to get a scaled-up network, platform and funding in place, that is integrated across platforms and is integrated with connected cars… so that owning an EV doesn’t mean hanging around creating congestion on the street because the bay is ICEd (where an internal combustion engine car takes up a place reserved for EVs) or suffering from idle time.

Hopefully we’ve moved beyond solutions selling and having navel-gazing cities fixated on ROI, and we are using innovative funding and shared-value models to get back to what government is all about — delivering for the people.

What advice would you give someone looking to further their career in government?

Strategically — to become a true generalist. The Irish Government make it mandatory to move every two years and serve in both policy and delivery roles. This will mean you can deliver end to end. It’s my point of difference. Most projects fail at pre-project when policy people think it’s a good idea and work up a business case, but no-one has sat down and thrashed out what value we are trying to capture and deliver, what the pain points are and their intensity, and to whom and where we need to get to.

Tactically — get into a new area, be the tip of the spear, build up knowledge and then use your rare combination of being able to think about digital issues in 3D and deliver ‘time to value’ to realise benefits for the community.

Where do you look to for further education?

Project management courses mainly. For brain food it’s LinkedIn and colleagues, especially those who are 5–10 years down the smart city track. Podcasts such as Solar Insiders and Energy Insiders for renewable economy gear and Friendly Fire for war movies!

What are you most looking forward to at the Smart Mobility Series 2019 event?

Public Sector Network’s Smart Mobility Series 2019 conferences, at which Roger Rooney will be speaking, will be held in six cities across Australia and New Zealand in September. Visit https://events.publicsectornetwork.co/events/smart-mobility-series-2019-2/ for full details.

A new initiative in NSW is designed to use artificial intelligence technology for road safety...

All levels of Australian government are working to help usher in game-changing transport...