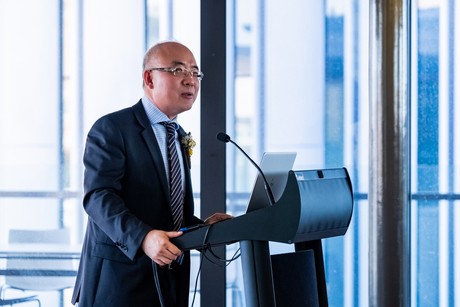 The Tamworth Smart City Project will involve trialling Internet of Things (IoT) based smart city technologies and include applications across the transport, energy, health, telecommunications and other sectors.

The goal of the project is to build the IT systems that would monitor and control data flowing from existing IoT infrastructure through wireless networks via a central system.

Using existing IoT infrastructure will allow the integration of a range of IoT devices, from home appliance and utility monitors to council services such as waste management, lighting and parking, and asset security, to health services like remote patient monitoring.

Professor Joe Dong, Director of the UNSW Digital Futures Grid Institute and the leader of the trial, said previous such trials have incorporated only energy systems based on individual user cases, rather than taking a potentially revolutionary integrated approach.
“Imagine having an app on your computer or phone that gives you your electricity usage and cost information in real time, and also tells you how some slight change of usage pattern of appliances such as the washing machine could most effectively save electricity bills,” he said.

“You could have other apps on the smart network for a variety of purposes — such as wearable health monitors that alert your medical practitioners should you need to go and see them or live transport and traffic monitoring to give you alternative routes as soon as a hazard occurs.”

UNSW Scientia Professor Rose Amal said Australia is also well placed to take the lead on the development of hydrogen-based renewable energy technologies. The Australian Renewable Energy Agency estimates that hydrogen could be worth $1.7 billion annually to the Australian economy by 2030.

“Australia has plenty of sunshine and we lead the world in solar technology. The use of hydrogen technology to store renewable energy at this solar farm is just one opportunity for Australia in the global hydrogen market,” she said.

In his recent Budget reply, Leader of the Opposition Bill Shorten said a Labor government would invest significantly in hydrogen energy, which he said is an industry where Australia has the potential to be the best in the world.